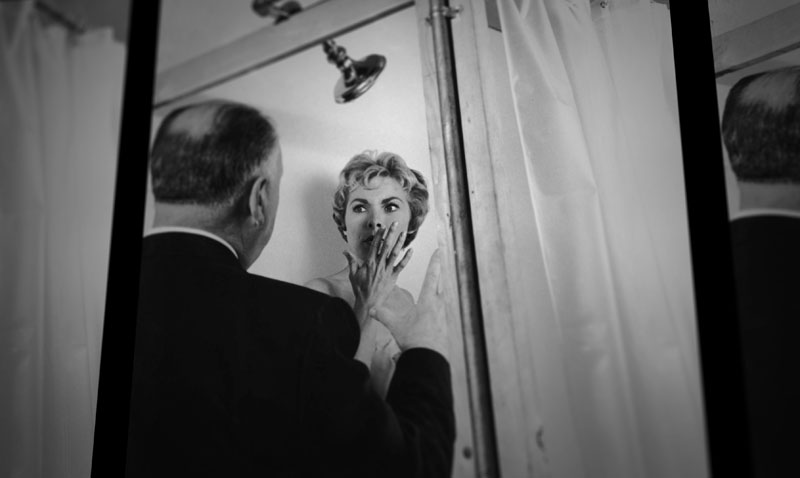 Whether you’ve seen the classic Alfred Hitchcock film, ‘Psycho’, or not, I’m sure you’ll have heard of it – even if you don’t realise it. The shower scene (and the accompanying screeching violins music) is one of the most famous in cinema history and what’s more, is credited by many to have changed worldwide cinema.

’78/52′ is a feature-length documentary that analyses and celebrates mainly that scene, but there is much more to it, not just about ‘Psycho’, but British director Alfred Hitchcock himself, the history of film, and more.

The reason why Alexandre O. Phillipe’s documentary is called ’78/52′ is because there were apparently 78 set-up shots to the shower scene, and 52 edit cuts – which suggests that this will be a microscopic inspection of the subject matter. I personally was glad to discover that it wasn’t, and that for instance, the 52 cuts are not laboriously and specifically referenced one by one. Granted, there is more than a small element of that though.

A certain amount of controversy does seem to surround Hitchcock that isn’t mentioned here. Instead, ’78/52′ acts to further clarify Alfred Hitchcock’s directorial genius of which there seems to be little-doubt. This is yet more proof of the man’s film-making brilliance, featuring behind-the-scenes footage of his quirky personality and dedication to his art.

As well as clips from archive interviews with Hitchcock, we hear from many others too, such as Marli Renfro (body double for ‘Pyscho’ star Janet Leigh), Osgood Perkins real-life father of Anthony Perkins (who played Norman Bates in the movie), Jamie Lee Curtis (Janet Leigh’s daughter), Danny Elfman, Eli Roth and Elijah Wood, to name but a few. Not all were involved in the 1960 film itself, but most do bring elements of interest and appreciation to the whole thing.

There is for my liking, maybe a little too much intricate analysis, some of which made my eyes glaze over. During elements of that intense scrutiny, I found myself thinking “Wow! I would never have noticed that. Well done” but also “is that really what was meant? Or are you just reading too much into it?” I guess this viewpoint either points to my own lack of observation, or Hitchcock’s excellence – maybe it’s both.

As a fan of Hitchcock’s ‘Psycho’, and as someone who does admire his work, I still found this to be a fairly compelling narrative, with several interesting and intriguing stories and facts.

If you’ve not seen the film influenced by ’78/52′, I think this documentary would still be of interest (even though, possibly, to a lesser extent)…oh, and do please make sure you see the original ‘Psycho’ – because I wouldn’t want you to miss out on the new found fear of showers every first time viewer inevitably experiences.