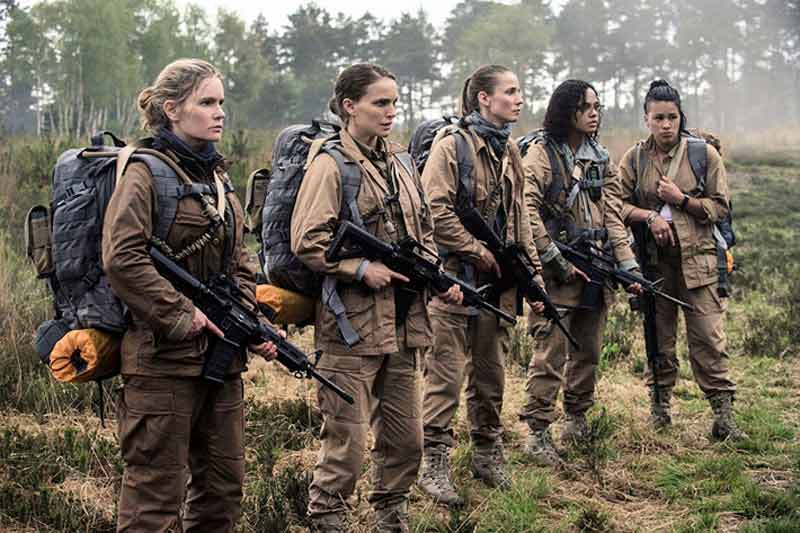 “It just seemed so pointless” is all I could think when I finished watching this movie.

An asteroid hits Earth carrying with it some kind of alien entity that creates an ever-expanding shimmering mass that threatens to annihilate our existence.

Natalie Portman plays an ex-soldier turned biologist who joins an all female team who enter the shimmer to find out what’s going on and how to stop the phenomenon.

The film initially seems to have promise but it conveniently overlooks so many obvious plot flaws my initial interest rapidly descended into constant irritation.

There are so many questions like why go into the shimmer on foot to reach a lighthouse by the sea. Why not fly in by helicopter, parachute in with a troop of marines as well as scientists. It’s by the sea so why not go by boat. Why not drive a tank through the shimmer. Why a team of women with no men. Why not send a mixture of experts and trained soldiers. In the film they stated that it will be faster to get out of the shimmer by following the coastline so why not go in that way.

These are just a few of the most obvious questions, there are a thousand more things you could pick holes in as the plot progresses.

Just about the only good thing I could say about this film is that the acting was ok, everything else was terrible. Even the credits at the end of the film were virtually unreadable because the colour and weight of the font blended into the picture.

Seriously what a joke, what the hell were the filmmakers thinking when they put this movie together. I honestly felt I had completely wasted my time watching this garbage and I like sci-fi, sometimes I even like sci-fi others think is bad, but this was just awful. Avoid at all costs. Sorry Natalie but I think you need to pick your projects a little more carefully.