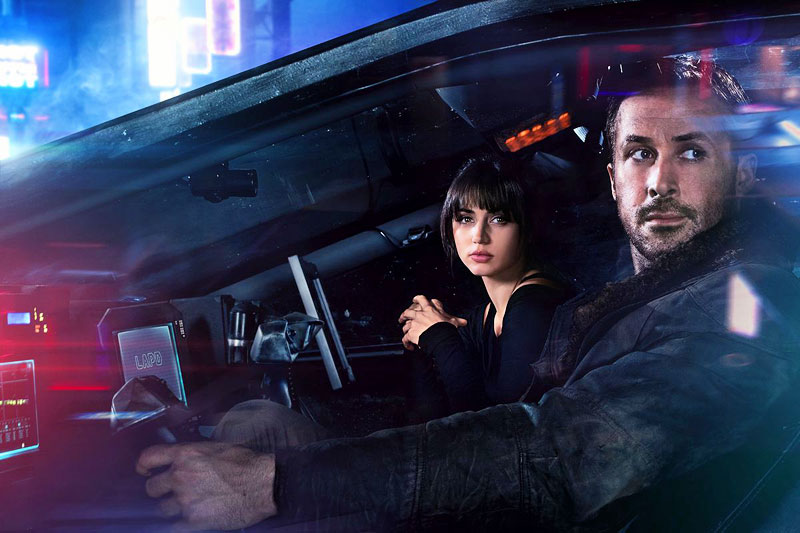 Blade Runner 2049 is the sequel to the classic movie Blade Runner and set 30 years after the events of which whichever version of Blade Runner you happen to have seen.

Since the original movie there has been a blackout caused by an EMP which resulted in massive data loss for the Los Angeles area as well as the collapse of the world’s ecosystems and food shortages solved by synthetic protein farming. 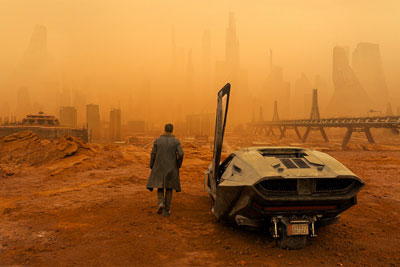 Ryan Gosling takes the lead role as Agent K a more advanced replicant LAPD blade runner with no limited lifespan and in fact very much like a human with extra strength. He has a digital holographic AI girlfriend whom he lives with played by Ana de Armas and undergoes regular LAPD tests to check his mental AI status.

After terminating a replicant who was working at a farming outpost Agent K discovers the skeleton of a replicant who had died in childbirth and identified as the replicant called Rachel from the original movie. Agent K is ordered to investigate further and destroy any evidence suggesting that replicants could have children.

Agent K finds himself under scrutiny by the LAPD, pursued by the Wallace corporation who manufacturers replicants and under surveillance by a group of replicants looking for evidence of their equality with humans.

A lot has been made of Harrison Ford’s reappearance as Deckard in this film but Blade Runner 2049 is very much Ryan Gosling’s film as Harrison Ford doesn’t even make an appearance until halfway through the movie. In my opinion this sequel is a better movie than the original but that’s not to say it’s perfect in any way. Too many facts in the film are not clarified and even when they are they’re not particularly satisfying to the viewer. Even at the films ending Agent K’s survival is unclear and as the film actually finishes it’s a bit like watching the end of a TV series season and you don’t know if it’s going to be renewed or not.

Blade Runner 2049 could and should have its own sequel and I would hope that if it does, a third Blade Runner movie would focus on Agent K and Deckard and their possible role in what would seem to be the inevitable war between humans and replicants. Time will of course tell but let’s just hope that a third Blade Runner happens sooner rather than later.