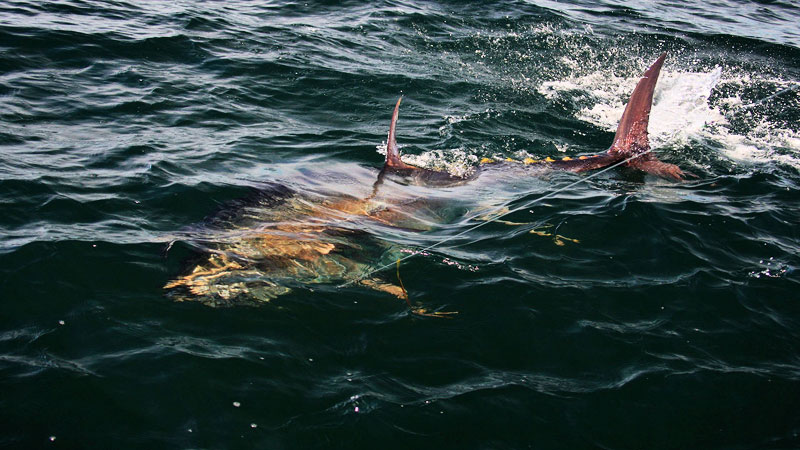 I reluctantly watched Bluefin a documentary by John Hopkins about tuna and was surprisingly drawn in by the slow motioned underwater imagery majestically dancing across the screen to the underlying dramatic beats of the gushing sounds of the music score.

On one level, this documentary was about the “things” or rather the distant wealthier cousin of, what ends up in small round tins of tuna you occasionally and haphazardly toss into your shopping net for a seemingly more balanced diet. However Bluefin was more about the impact over a few decades of its fishing on the Canadian North Lake Community. This manifested itself by the community morphing from a typical fishing coastal town into a charter boat hiring community specialising in big fish gaming. One such charterer boasted a 100 percent hook-up with a Bluefin. And that was part of the problem the film identified, the overfishing of these magnificent creatures. 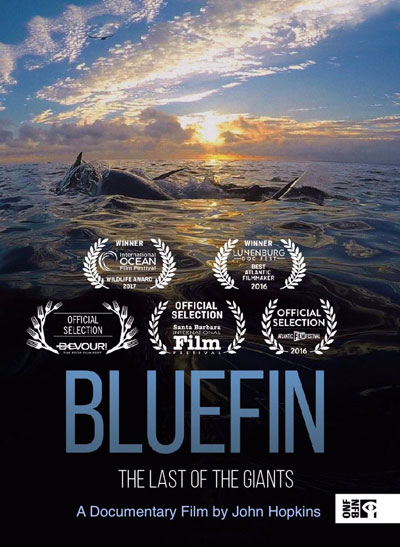 Through archival film and newspapers you saw pictures and footage of fishermen beaming ear to ear smiles proudly stood yet dwarfed by the towering glistening sleek, once majestic Bluefin now hung by their tails from cranes as puddles of water mixed with dripping blood formed below their big black shinning vacant eyes.

Big game fishing apparently is seriously addictive? You get a rush when the line of your rod takes off and you begin your battle to land your hooked monster. The Bluefin stocks were soon seriously depleted as the Japanese started buying the Bluefin tuna giants and flying them to Tokyo.

It came as a surprise that Bluefin tuna grow all their lives and can reach a couple of tons in weight. Perhaps the truth sort of got away from the weather beaten faced old boy recounting the good old days when a thousand pound tuna was common catch. Bizarrely those days seem to be returning for some inexplicable reason the dwindling stocks of Bluefin has reversed and they were seeing increasing numbers in the last two years than the whole of the preceding 30 years, at least in the North Lake area.

I couldn’t help thinking that’s the why I would like answered but I guess it would be too difficult to factually answer it as there were no records of previous numbers kept. I sort of got the sense of a watery area 51 unfolding.

The fishermen say the charterers are now operating a catch and release policy to help safeguard stock levels with the view of turning North Lake into a big game fisherman’s world class destination.

A documentary should be informative, educational, entertaining and have a persuasive message all wrapped round with a story. I certainly learned some interesting facts such as the Bluefin was faster than a torpedo, it grows its entire life, it sparked the growth of sushi to the rest of the world. Who could have thought that we would find raw fish so tasty and appetising?

Was there a message that the filmmaker wanted to get across? I guess Bluefin tuna were endangered! Like most things man has distanced himself from, as long as we can click and get what we want then everything else is insignificant and we are not interested. Was this is good film? Yes it was but it felt a little repetitive and probably would have been snappier cut down by 15 minutes or so.

I really loved the use of certain underwater pictures of the friendly Bluefin tuna engaging with the underwater divers. With the music these definitely were emotionally charged and the narrative sprung to life, it somehow seemed poetic and elevated the film momentarily from a mere matter of fact and plain story into something more moving, persuasive and caressingly sensitive to the plight of these sleek majestic beings calling me to action.

The film ended with perhaps its best component, as it had started, with its music, which was powerfully restrained sadness tailing off into a haunting silence of nothing.