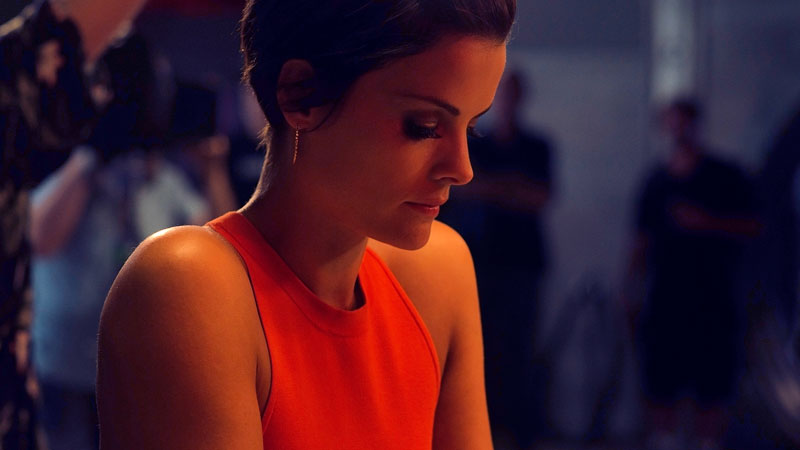 ‘Broken Vows’ centres on what happens following a night of passion that Tara played by Jaimie Alexander, (Blindspot, Thor) has on her pre-wedding bachelorette party with a barman called Patrick played by Wes Bentley (Interstellar, American Beauty) whom she falls for. I wasn’t personally taken-in by his charms at all, I had massive doubts and ‘warning’ signals almost the moment he appeared… but I wasn’t actually there, I’m not that way inclined, and I’m not her. 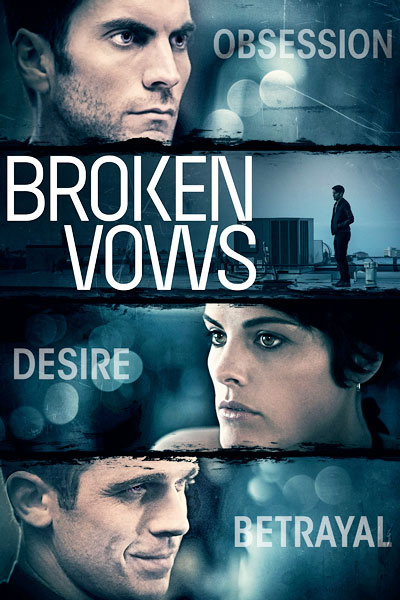 In fact Tara herself regrets what she’s done almost the moment she wakes-up in his bed the following morning but by then it’s too late. It turns out that the man she slept with is a delusional stalker, determined he should have her and not husband to be Michael (Cam Gigandet – Twilight, Easy A).

The film started in a very promising way, but I found ‘Broken Vows’ to be ultimately un-engaging sadly. The director, Bram Coppens, didn’t make it very easy or, at times even pleasurable for me to follow the story for a number of reasons.

Many scenes and elements seemed quite forced and unbelievable to me, I wanted more fully-rounded characters and situations than I was given really. The lack of depth sometimes left me with questions and incredulity.

As it progressed many of these things did eventually get answered, along with the meanings behind the stylistic portrayals within the movie (of Patrick’s tattoo obsession, for instance). Rather than these gelling smoothly alongside the rest of the action though, leaving me with interest and intrigue, I generally found these to stick-out like a sore thumb, and to just add to the confusion I was already feeling.

Other scenes left me feeling quite uncertain about why they didn’t work. I’m not sure if it was down to bad acting, lack of script, or if it was because they just lasted too long!

I don’t think I was the target audience, so ‘Broken Vows’ didn’t really work for me. It was a bit over long, which made me a little impatient for the obvious and inevitable things to just happen.

That said, towards the end, there was one scene in particular that had me on the edge of my seat. I was also impressed by the final plot twist – and did find that to be a pretty spectacular culmination.