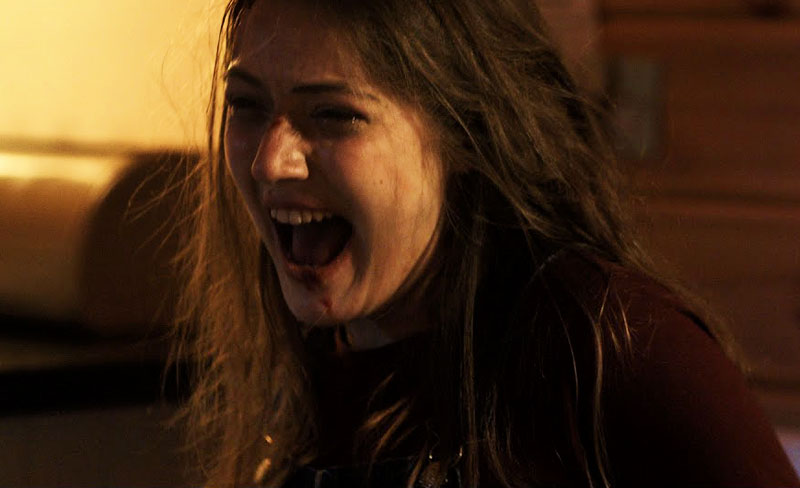 Cabin 28 is a British horror by Andrew Jones, based on the infamous unsolved American murder case. In 1981, Sue Sharp (Terri Dwyer) together with her family and friends stays in the remote Cabin 28 located in the seemingly peaceful Keddie resort. A rather unpleasant and unsettling encounter with the quarrelling marriage next door, leads to a night ridden with fear, terror and subsequent quadruple murder, by three masked strangers. After the bodies are discovered the following morning by a horrified family member, detective investigation ensues. 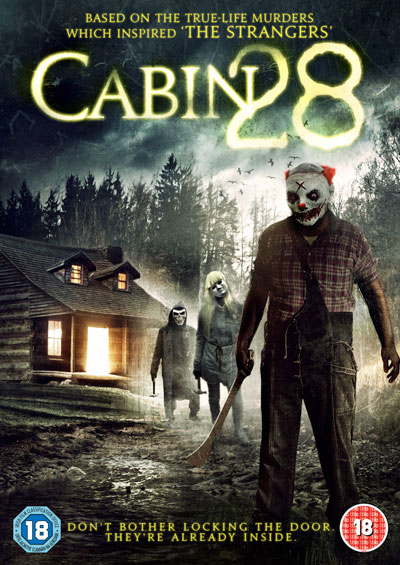 The film’s catchy tag line “Don’t bother locking the door, they’re already inside” somewhat inaccurately invites us to believe that Cabin 28 is a gripping slasher the calibre of The Strangers, yet the film is extremely slow-paced, with each take unnecessarily overstretched, it simply over promises and profoundly under delivers.

The script written by John Klyza is extremely predictable, the dialogue desperately expositional and horrendously cringing at times. Regrettably, actors’ performances also have little to offer – wooden, dull and lifeless in the first part of the film, it switches to excessively over dramatised facial expressions and behaviours half way through.

Taking into consideration the film’s low budget, more tension and terror could have been effortlessly obtained by adding a dark, moody, grey and black colour grading, however the director’s option to use warm, orange undertones failed to convey the horror of the events the plot struggles to portray.

To summarise, a lot could have been improved on the production and post-production stage, for this film miserably fails to grip and terrify you.