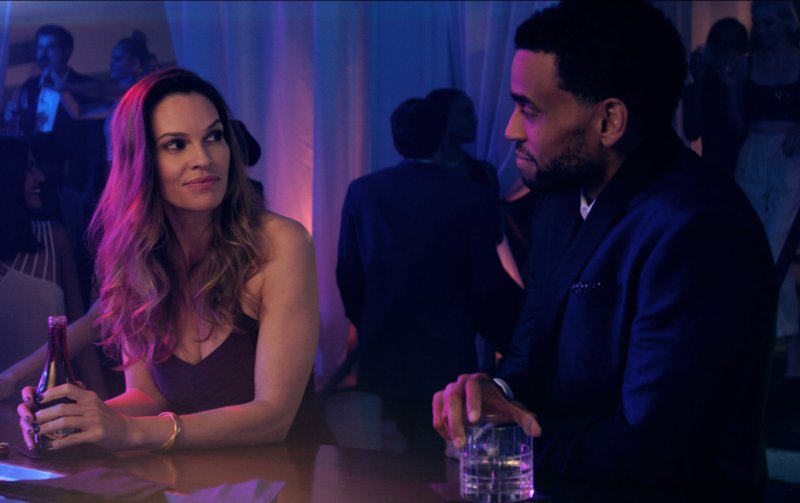 Sports agent Derrick Tyler (Michael Ealy) is feeling insecure in his marriage suspecting his wife may be having an affair. Whilst on a reluctant work trip to Las Vegas he has a one night stand with a woman he meets at a bar, then returns home feeling guilty and tries to put more effort into his marriage.

However events take a turn for the worse when he experiences a home invasion and fights off his attacker who is attempting to kill him. When the police arrive he is stunned to find that the detective in charge of his case, Detective Valerie Quinlan (Hilary Swank), is the same woman his one night stand was with in Las Vegas.

After several awkward encounters with Quinlan she asks to meet him at a beach then hands him a monocular and points him to an apartment window where his wife and business partner are having an affair.

Was the home invasion actually an attempted hit and how will this tie in with Detective Quinlan’s own personal issues with her crooked ex-husband denying her access to her young daughter.

After a slightly shaky start FATALE gradually pulls you into it’s story whilst we follow Michael Ealy’s character be manipulated first by his business partner played by Luke Cage’s Mike Colter, his wife played by Damaris Lewis, and last but definitely not least Hilary Swank’s Detective Valerie Quinlan, who is part drunk, part desperate mother, and part psychopath.

FATALE is a slow burner for sure, but it’s steady pace mixed with an unpredictable plot and good performances by all the cast make this an entertaining and worthwhile film to watch.