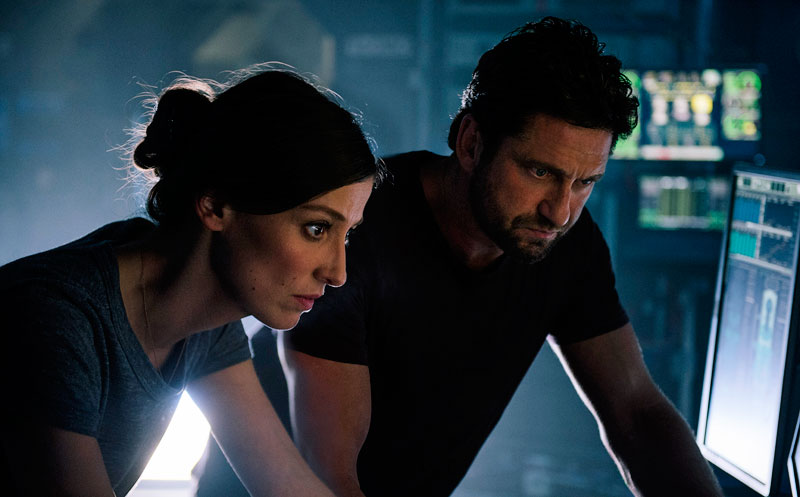 Geostorm is an action movie set in the near future starring Gerard Butler as the hero / scientist who has to save the planet after a net of weather satellites are sabotaged and made into weapons that can control the weather on Earth.

Controlled by a ruthless politician at the highest level this weather weapon lays waste to countless cities around the world. As the conspiracy unfolds our hero travels to a vastly expanded International Space Station to attempt to save the day.

Geostorm is full of back to back special effects many of which were clearly shot to enhance the 3D spectacle. In fact Geostorm is reminiscent of the classic disaster movies but fortunately does not dwell too much on insignificant characters in imminent danger but instead chooses to focus on it’s stars.

For the cynical and critical viewer, well you could pull this movie apart at just about any point you like dispensing hatred and loathing at will. But honestly if you’re that viewer then you really shouldn’t be watching this film at all.

The film is not about climate change despite it’s premise, instead Geostorm is pure popcorn munching fun with special effects upon special effects and somewhere in there a message that says we’ll all be ok if we learn to work together. Just don’t take Geostorm too seriously because the filmmakers certainly didn’t.