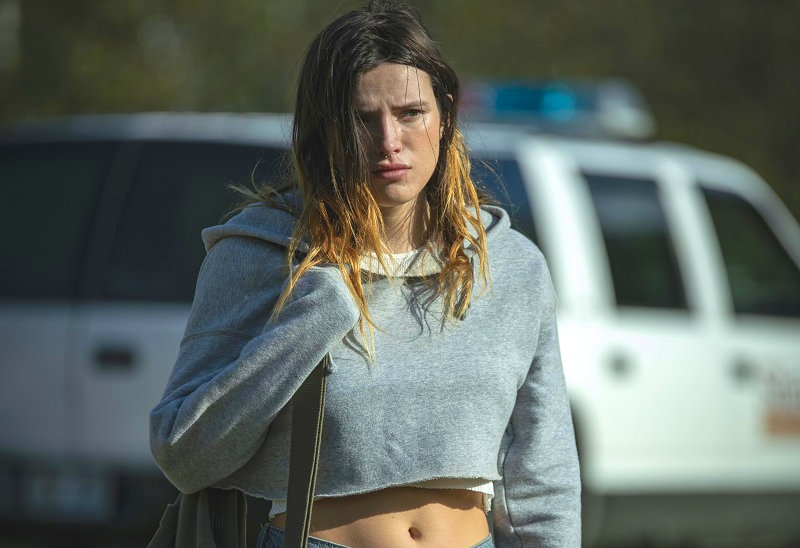 This is the story of a young woman who lives with her mother and has grown up hating her father who she thinks had left when she was young after beating up her mother, not wanting anything to do with her.

After she receives a letter from her father which her mother tells her about, she leaves to find her father with the intention of killing him, armed with a small hatchet she carries in her bag.

She eventually finds him, already dead, and throughout the film finally realises that he has always been looking for her, whilst accumulating a large sum of money he had intended to give to her.

Her father’s killers however had learnt about the money and will go to any lengths to get it. They now become her target for revenge, as she finds out more about the truth behind her father and mother’s separation and about family she didn’t know she had.

GIRL is an interesting movie, though I can’t say a particularly enjoyable one, but is a good performance by Bella Thorne who really holds this film together.