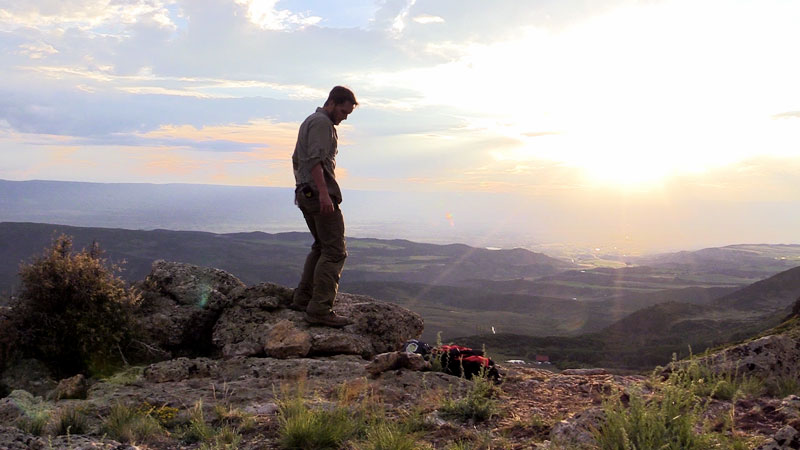 A film crew encounters a zombie outbreak whilst shooting a nature survival documentary. Their ordeal is retold through two hours of shaky found-footage and video from surveillance cameras. 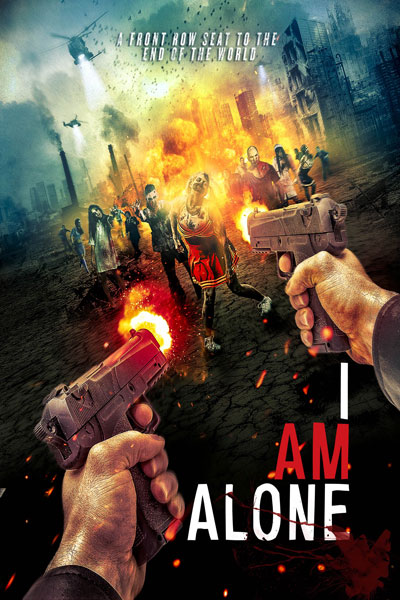 I Am Alone has glimpses of real promise. One of the bright spots of the movie is Gareth David-Lloyd, who plays Jacob Fitts. The Welsh documentary presenter spends almost the entire film talking to camera as he wanders alone through the Colorado Rockies, with little more than his wits to stay alive. He comes across as likeable and charming. It’s easy to root for him – even if the use of his GoPro helmet cam is excessive, and headache-inducing. Admittedly, there are times when he even manages to stumble upon some very interesting shots.

But, for the most part, this is a film that fails miserably. The audience can tell from the opening scene that they’re in trouble: It looks incredibly cheap. The soundtrack is aggressively generic. Most of the acting is terrible, with shouting taking the place of genuine dramatic tension. The dialogue is even worse: “What is this? Rush hour?” asks one character, as a group of clearly terrified people run past.

Whilst bad horror films can still be thoroughly entertaining, this isn’t a so-bad-it’s-good watch. Unfortunately, the writing is far too boring for that. There are many zombie films that cover the same ground, in a much better way. For a solid, fun script, there’s Shaun of the Dead. For a modern take on the genre, there’s Train to Busan. And, for a cheap but interesting zombie experience there’s Colin, which was made for just $60.

Like needles in a haystack, there are a few unique and lovely shots. But, the most interesting concepts are barely explored. In the end, I Am Alone is a boring, over-long, poorly-written film. Save your money, and your time. Watch Train to Busan instead.