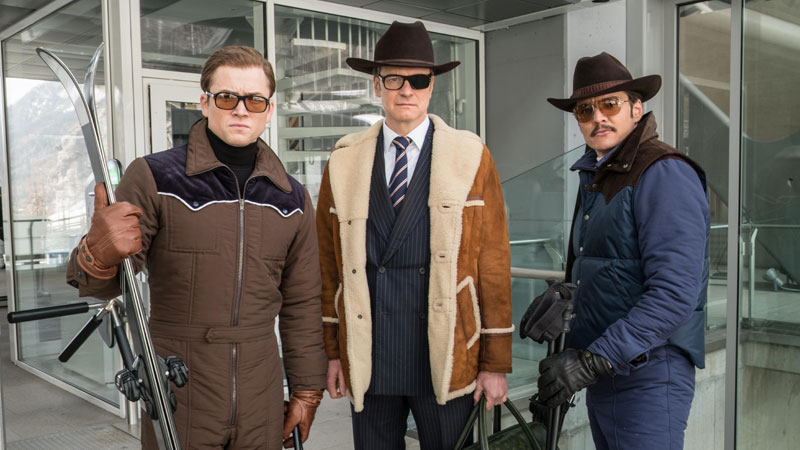 After the Kingsman are virtually wiped out, Eggsy (Taron Egerton) and Merlin (Mark Strong) join up with their American counterparts the Statesman to combat the worldwide threat from drugs cartel The Golden Circle led by the ruthless Poppy (Julianne Moore).

This sequel to Kingsman: The Secret Service also sees the return of Princess Tilde (Hanna Alstrom) and Harry Hart (Colin Firth) even though the latter was killed off in the original film.

Whilst the original movie was genuinely funny with lots of action and adventure, The Golden Circle comes across as unoriginal, with a dragged out and simplistic storyline. The jokes mostly just don’t work and some are really cringeworthy, it’s like someone came up with the plot in a couple of hours over a drink, while being distracted by something a lot more interesting.

The inclusion of Elton John’s part as a hostage might have seemed like a good idea after a few of those drinks, but after seeing the result I would like to know who was blackmailed into leaving this in the final released film.

The film does have some entertainment value however, as long as you can overlook the initial car chase sequence through the streets of London which was ridiculously speeded up like some B-Movie treating it’s audience like idiots.

Personally I think it’s best to keep the memory of the enjoyable first film and give this one a miss, while hoping that any further outings of the Kingsman take place with a little more style and consideration of what’s actually funny nowadays.