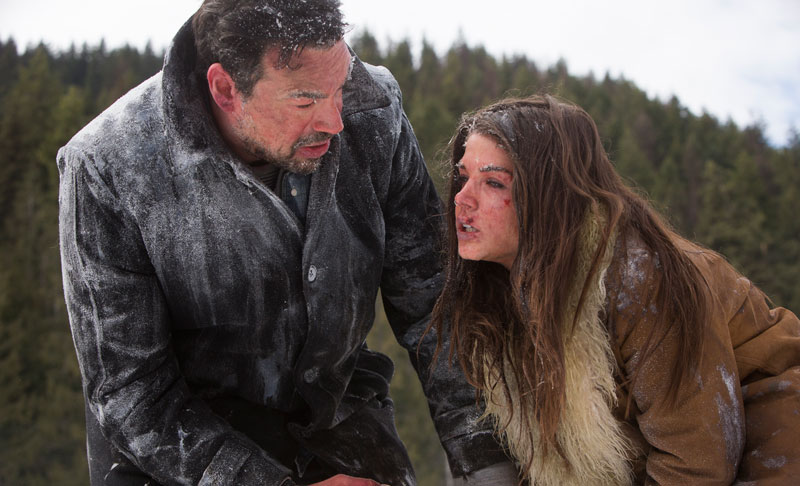 Set in Canada against a snowy remote winter landscape, Numb features husband and wife Will and Dawn who are facing financial ruin and brother and sister Lee and Cheryl who are trying to start a new life. 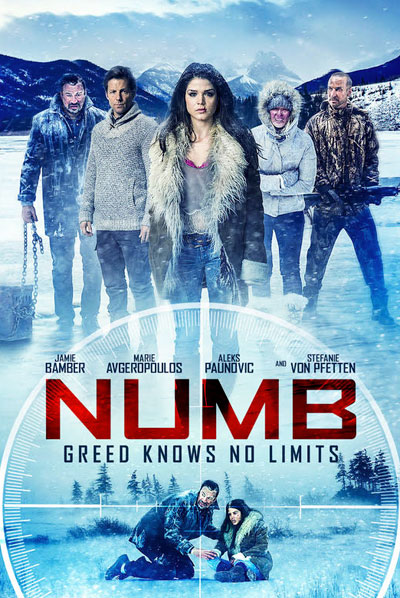 Whilst driving home after an unsuccessful job interview Will and Dawn pick up hitchhikers Lee and Cheryl rescuing them from the icy cold weather. As they drive along a deserted road they swerve to avoid an old man walking and suffering from hypothermia. The old man dies and while waiting for the police to arrive the four find GPS coordinates and a gold coin the old man was carrying. They discover the old man was trying to recover millions of dollars worth of stolen gold.

They agree to help each other to find the gold even though they are completely unequipped to tackle the cold frozen terrain.

Numb should have been called Greed because that’s what the movie is all about. Every decision and every course of action the four characters take is governed by pure greed.

This is clearly not a big budget movie and it gets off to a pretty dodgy start but after about 15 minutes the viewer is drawn into the story and the film becomes a compulsive watch. All of the actors are very recognisable Marie Avgeropoulos from “The 100” Jamie Bamber from “Battlestar Galactica” and “Fearless” Aleks Paunovic from Van Helsing and Stefanie von Pfetten with a very long list of film and TV credits.

Numb is a movie that could easily be overlooked but you’d be missing out on an indie film gem, hell it’s even got a twist at the end.