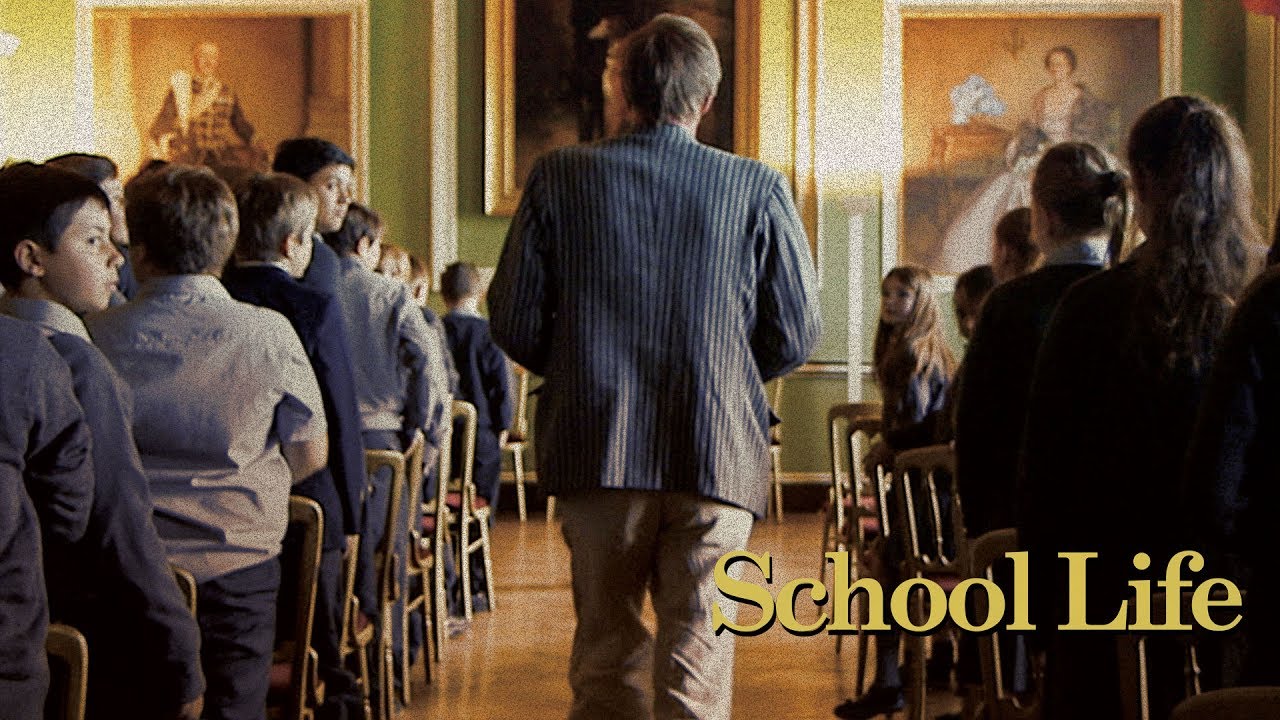 Make yourself a cuppa, sit back, relax and let School Life transport you into Hogwarts resembling rural grounds of Headfort School, the only primary boarding school in Ireland, where a body of passionate teachers prepare students from diverse cultural backgrounds for the challenges of further education and the life itself. 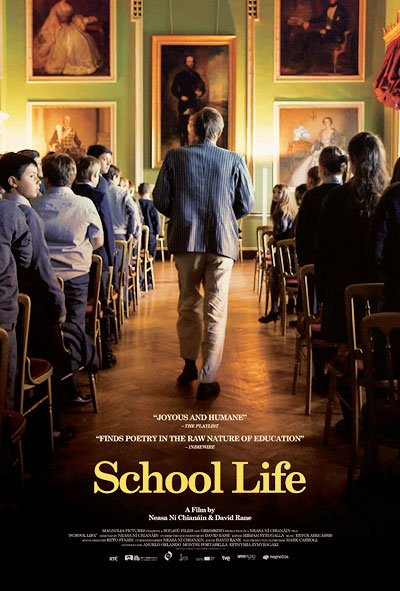 Directors, Neasa Ní Chianáin and David Rane, together with their inconspicuous but omnipresent camera, follow John and Amanda Leyden, an inspirational pair of teachers, as they near towards the end of their tenure at the school. The film exposes their soft-hearted concerns for the future of their young students, speculating about their own impending departure from the school they have devotedly served at for nearly half a century.

The film winsomely invites us to bond with the pupils – filmmakers’ disquisitive selection – comprised of nonvocal intelligent Eliza, dyslexic troublemaker Ted and Florie, child model with low self-esteem issues; to share their heart-breaking tears upon their arrival at the start of the school year and their genuine tears of goodbyes at the end of the term.

Amanda’s charismatic approach to teaching English and John’s affectionate devotion to Latin and Maths, fill the absorptive minds with knowledge in the most extraordinary ways. Fort building, tree climbing, band playing, singing, tucking in at night time – it appears their mission is not only to provide quality education, but also as the original title of the film suggests – “In Loco Parentis”, from Latin ‘In place of parents’ – to be their surrogate parents, who skilfully ready them for the challenges of life outside the school walls.

Despite film’s relatively charming study of Leydens and that of the day-to-day life at Headfort, it is reasonably overshadowed by the perchance unintentional advertisement of the school itself, as one bustling with Harrow and Eton graduates.

Moreover, even though the documentary revives outmoded pure observational techniques, its loose structure and the scarcity of in-depth examinations of the main subjects, result in bothersome slow-pace and vagueness, leaving us rather unsatisfied.

Still, the film is enhanced by few anchoring points that Ní Chianáin and Rane return to throughout, for instance John and Amanda’s teenage-like, secretive cigarette breaks, where they express the woes of the everyday school life, making it an overall brilliantly engaging watch.