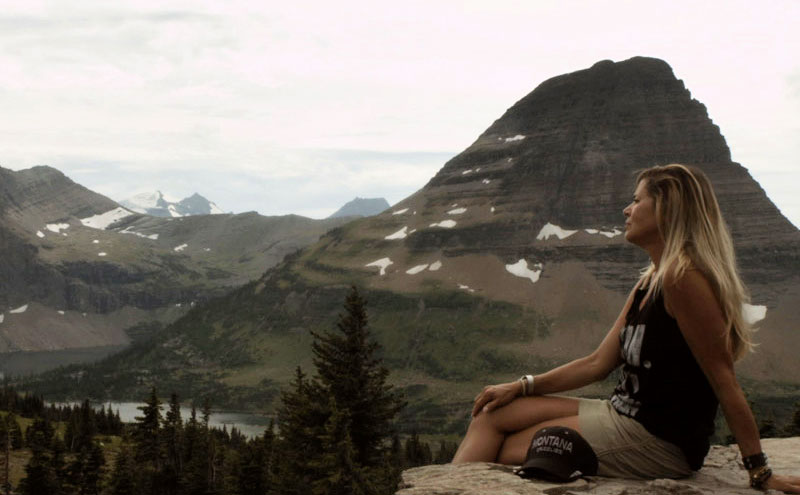 Through ‘Siblings’, London based Mexican director Laura Plancarte delivers a fresh, very human approach to the saturated study of immigration and the American dream. The story of two Mexican brothers (Chato and Chuy) abandoned by their mother at a very young age and banned from the US for life runs parallel with that of white American (Vanessa) who lost her home in the 2008 global crash and truly believes she can re-live her version of the American Dream through Trump’s political agenda.

Gritty with stylised set pieces to add power without sensationalism, something Plancarte despises with a vengeance preferring instead the flow of intelligent conversation, it has a very raw feel and takes the viewer on a rollercoaster of emotions; ridicule, superiority, bewilderment, anger, hatred… and hope.

Vanessa, firmly believing that cheap foreign labour is the reason she can’t get a job is beguiled by Trump and manages to ignore his hateful rhetoric, believing instead that he is the answer to her prayers despite all evidence to the contrary. Chato and Chuy are living tough lives in a country where many of its own citizens feel displaced and without hope, seeking employment in the US to take up the low paid manual work that people like Vanessa would never be prepared to do.

The two stories are intertwined with cleverly placed differing viewpoints from a wide cross section of the Mexican and American demographic. What really stood out was the realisation that we all want the same things. We all want to be healthy and happy but we often can’t see outside our own bubble and it’s this disparity in human connection and lack of understanding that is exploited by those in power to further their own agendas.

I quickly found my own deep-set beliefs being challenged by Plancarte’s very different approach to this most controversial of subjects, hammering home the white middle-class privilege of my own world as I sat in front of the screen in a warm room clutching a steaming mug of tea. It’s easy to judge another when you’re not living their reality.

The only misgiving I have about ‘Siblings’ is that it feels slightly shallow. I want to know more; I want to get to know what makes these people tick. Paradoxically, I wonder if that’s less of a weakness and more an indication of its power as a conversation starter, of the sheer enormity of this subject matter and the distance we have yet to travel before we start to truly understand each other.