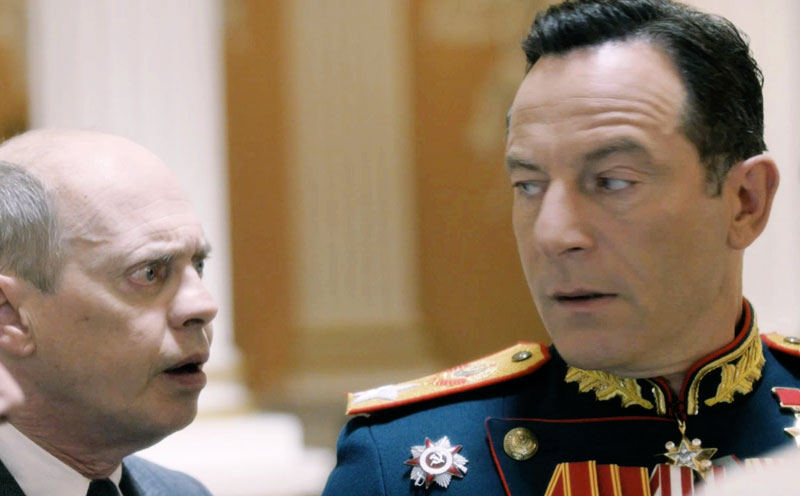 When a talented TV comic writer turns to film there’s always a moment of initial anxiety, seeing how their work translates onto the big screen. And although it’s not his first attempt, fans of Armando Iannucci can be relieved in his adaptation of Fabien Nury’s graphic novel for the big screen, where a sharp dialogue played by a brilliant case ensures the time goes by very quickly. 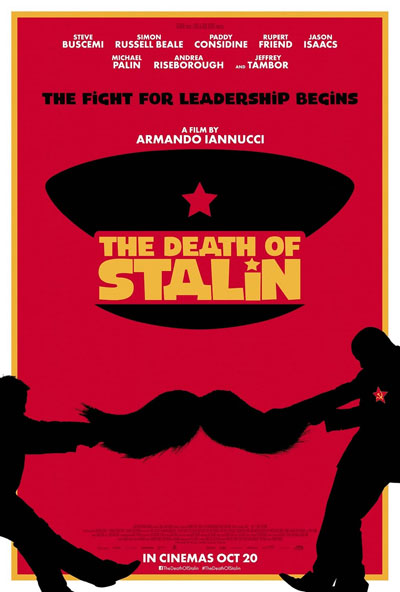 It sets the scene in a concert hall where a live performance transmitted on state radio is being listened to by Stalin who phones the studio producer instructing him to phone back in 17 minutes. Fumbling nervously as to exactly what time the call began – get the start time wrong and you could be a minute either side of 17 with potentially unimaginable consequences – he phones Stalin back, who demands a recording of that night’s concert. Unfortunately the concert wasn’t recorded. Hilarious scenes follow as the producer tries to stop the remaining audience exiting and cajoling the orchestra and pianist into rerunning the performance. People are dragged in off the streets to fill up any empty seats, preferably overweight ones as their fuller bodies will help disguise any acoustic emptiness in the auditorium. A recording eventually reaches Stalin but the resentful pianist slips an insulting note into the record sleeve, which on reading causes Stalin to have a severe stroke. His party colleagues, farcically neurotic hold several Politburo like meetings to decide on what to do next, and the film is punctuated by texts from the Communist Party manifesto diktats that guide their decision making. As for the comotosed Stalin, they conclude that the most skilled physicians must be summoned. The problem is that all the best doctors have either been executed or exiled, in scenes that could be said to have allusions to many current dictatorships around the world.

In amongst all of this are the struggles between the army and police, amid the routine of daily executions of just about anyone and everyone. At the same time Beria, Stalin’s right hand commander responsible for the disappearances of so many, anticipates that a liberating move might seal his ambitions to take Stalin’s place and sets about a programme of releases. However the masses are so fearful of reprisals that even loved ones of those freed are often reluctant to welcome them back. After Stalin’s death three days later the infighting continues. One casualty is elder statesmen Khrushchev who is demoted to Head of Entertainment and overseeing Stalin’s funeral arrangements.

The script’s dark satire might not be welcomed by Russian nationalists, many of who would baulk at such a one sided depiction – Stalin is a hero to some, despite his treachery, as the leader who won the war. Added to this, the main parts are spoken in English and American accents and the film may be criticised for not being completely historically rounded. But seen within the context of drama, it deserves a medal for its originality and wit.