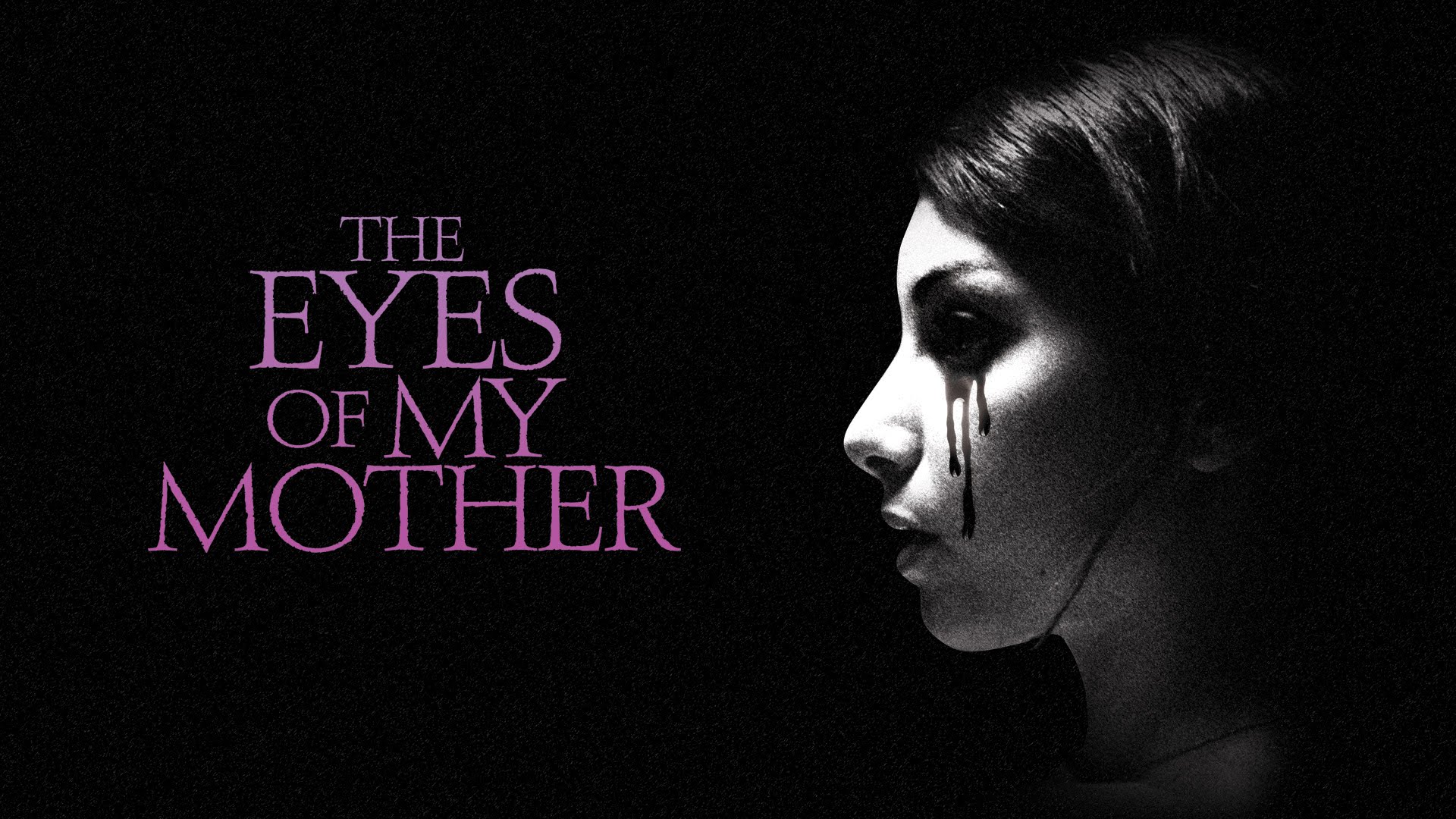 There are very few movies that find themselves categorised as horror and only do so from the context of the story rather than the conforming to the usual horror trope. Twin Peaks: Fire Walk With Me could be classified as suburbia horror as it was not a traditional horror movie, unlike The Babadook that used horror elements to tell the tale of a mother having a mental breakdown. The Eyes Of My Mother uses a bit of both that not only makes this a disturbing story and a disturbing watch but it will linger longer than you want it to.

The movie begins with a truck driver driving along a lonely road. He sees a figure up ahead, walking in the middle of the road. The person collapses and the truck driver runs to her aid. We are then introduced to Young Francisca (Olivia Bond) and her mother (Diana Agostini) who lives out in the countryside. She tells her daughter that back in Portugal, they would practice surgery on cows, whereby in America they practice on people. One day a man, Charlie (Will Brill) appears, asking if he could use their bathroom. Once inside the house, he pulls a gun on them. Charlie then tells Francisca to sit down and tells her mother to show him the bathroom. Francisca’s father (Paul Nazal) arrives home to the sound of banging. He walks to where the sound is coming from and opens up the bathroom door. 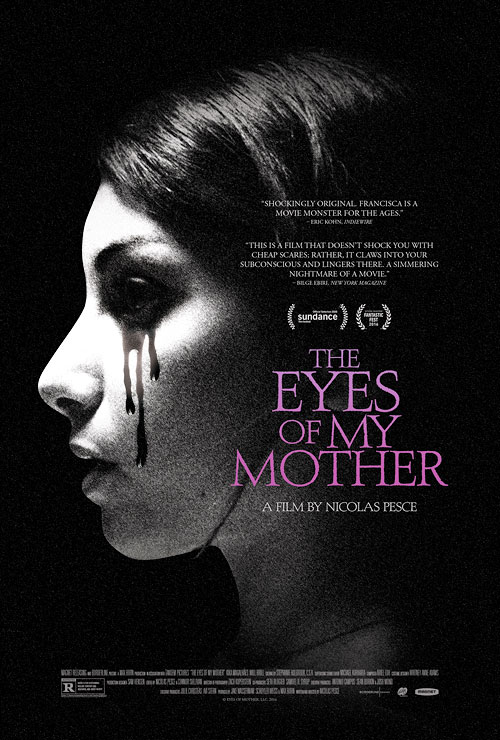 We next find the father dragging Charlie’s body into their barn while Francisca scrubs the blood from the floor. She asks her father if he would like something to eat but he ignores her. He then comes to her later on asking for help with her mother. They go out to the forest and bury her. Later on, Charlie, who is still very much alive calls out for Franny but her father goes to the barn to keep Charlie quiet. Francisca goes to Charlie and stitches up the stab wounds caused by her father. Charlie questions Francisca as to why she is stitching him up because she will kill him. Francisca says that Charlie is her only friend and that she will take care of him.

What we have here is a very focused movie that follows Francisca from a young girl to young adult (Kika Magalhaes) and how she deals with the death of her parents and loneliness. Francisca goes out to find companionship with others but this does not end well either. Writer / Director Nicolas Pesce has managed to successfully create a knot of dread that uncomfortably sits within you when watching this movie. Every shot looks gorgeous in black and white and draws you into the story and characters. A special mention needs to be made of Kika Magalhaes’ performance as the adult Francisca who brings a new level to someone who is living in their own cut off world without a sense of what is good and bad. Even with Francisca’s very questionable actions, you feel that you understand her even to the point of feeling pity for her, but you shouldn’t and these conflicting feelings will stay in your mind long after the movie is over. This is a very strong debut from Nicolas Pesce and he will in no doubt be a talent to keep an eye on.

The Eyes Of My Mother will be released in cinemas in the UK from 24 March 2017 and on limited theatrical release and VOD from December 2016 in the USA.