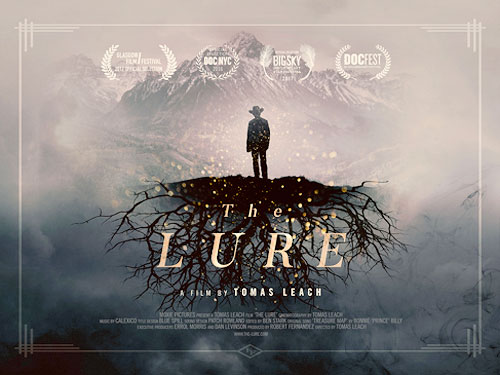 If you’re in for the long haul that catalogues how people’s personalities unravel as they chase their dreams, then THE LURE is a satisfying watch.

A modern day gold rush film, this documentary tracks a mixture of people who have given up a portion of their lives, lured into finding hidden treasure in the expanse of rural America.

The centre point of the whole venture is an eccentric millionaire art collector, Forrest Fenn, who buried a 10 inch box containing $3 million worth of treasure in 2010 somewhere in the Rocky Mountains with only a cryptic poem to hint at its whereabouts.

Fenn teases the people who took up the gauntlet with sporadic clues but soon the film becomes an account not about the money but about the hole in their lives that the cross section of characters are trying to plug.

Some use the search in place of having someone they love, another as a distraction from a life threatening illness and others to make sense of the rural living they’ve opted for having given up high powered corporate jobs. A few are nearly driven stir crazy in their determination to be the one to claim the prize.

And Forrest Fenn himself is featured in his Santa Fe home, appearing as a now disinterested instigator, having set the cat amongst the pigeons. Although we’re never sure that the treasure even genuinely exists, Fenn is adamant that what he’s started is real – but by his own admission, it could take generations to uncover.

Although a little slow moving at times and some of the personalities don’t always have enough to keep you with the story, the whole experience has a great poetic quality.

It’s filmed over two hunting seasons and presents breath taking views of the American Wild West – a landscape where there’s both everywhere and nowhere to hide, and whose own character is integral to the hunt. For that reason alone it’s worth staying to the end.