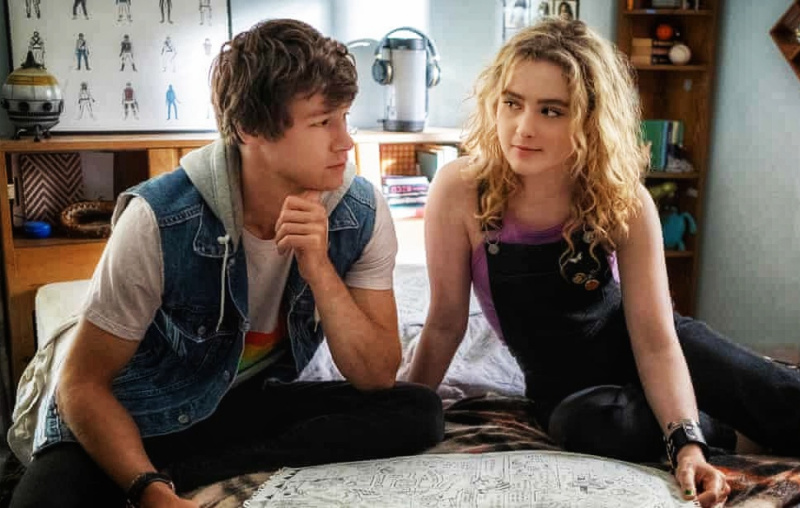 A temporal anomaly, the day on repeat, Groundhog Day, Edge of Tomorrow, Happy Death Day 1 and 2, you know the premise so why do it again? You would need something very special, something very different to make it worthwhile. The Map of Tiny Perfect Things is just that, a completely different type of story that’s nothing like the others but based on the same idea.

The movie opens with Mark already repeating his day over and again. He’s accepted his lonely existence being the only person who knows what’s going on and he’s making the most of his fate until one day something different happens as an unexpected stranger, a beautiful girl called Margaret disrupts his anticipated routine. Quickly realising Margaret also remembers each day the two start to get to know each other developing a friendship that grows closer on every repeated day.

Staring Kathryn Newton as Margaret and Kyle Allen as Mark this is a film about life told in a fun way. There is an underlying sad reveal towards the end but thankfully a happy ending.

Both Newton and Allen are extremely watchable, quickly drawing the audience into the story with their magnetic characters. This type of film could easily be emotionally manipulative, a relationship saga that’s 10 a penny. However the sci-fi genre plus the outstanding performance by the two stars raise The Map of Tiny Perfect Things way above the average into a not so tiny perfect movie.