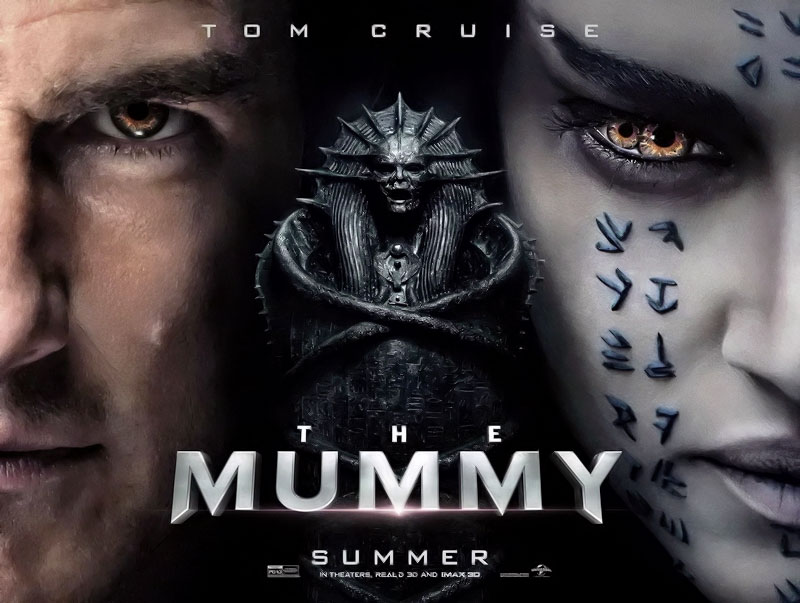 Tom Cruise stars as Nick Morton a soldier on assignment in Iraq as an advanced scout with his colleague Chris played by Jake Johnson from televisions New Girl. However they really use the time there to steal antiquities and sell them on the black market.

After sleeping with Jenny Halsey (Annabelle Wallis) Nick steals a map to uncover a lost tomb which is the burial place of an Egyptian princess (Sofia Boutella) who conquered death and became pure evil.

Jenny quickly catches up with Nick and realises the importance of the tomb and while transporting the team via plane they crash over London, England where coincidentally another tomb has just been uncovered.

This remake of The Mummy is nothing like the previous incarnations of the film. It certainly wasn’t what I was expecting but this is to its credit as it turned out to be far more enjoyable than I had anticipated.

The Mummy is actually a comedy adventure with a huge budget and loads of action. It should be pretty obvious from the start to anyone who knows Jake Johnson’s work on New Girl as his same brand of humour comes across immediately.

I’m a big fan of Tom Cruise and Jake Johnson and the film is certainly played for laughs as Cruise’s comic moments continue throughout the film. Don’t get me wrong this is not an out and out comedy, it really is an action film, but the comedy is there just under the surface all the way through.

I personally hope for a sequel with the same cast, the set-up is there so let’s hope Cruise and Johnson, the two gorgeous leading ladies and Russell Crowe are all available as worldwide box office has exceeded 400 million dollars at the time of writing this review.