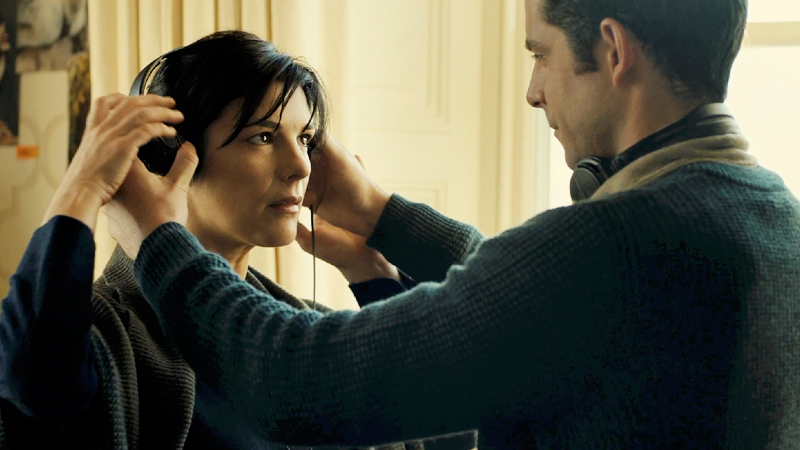 Although there have been several films named ‘The Unseen’, this isn’t a remake. It’s been written, produced and directed by Gary Sinyor who’s also responsible for ‘Leon the Pig Farmer’, ‘The Bachelor’ (as Director), and ‘United We Fall’.

Jasmine Hyde (Gemma) and Richard Flood (Will) star as parents of a boy who dies in an accident. Both encounter difficulties coming to terms with their son’s death: Will believes he’s hearing his son Joel’s voice, whilst Gemma starts having problems with her eyesight, and suffers panic attacks. 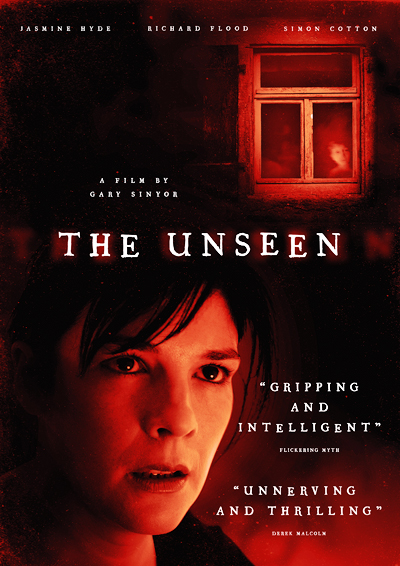 It’s during the blurryness and the worry of her first sight episode that Gemma meets Paul (played by Simon Cotton) who rescues her, and takes her to hospital.

Following this chance encounter, Paul invites them both to stay in a guest house he owns, next door to his house in the Lake District.

They accept, but the change of scenery doesn’t really help their difficulties. When Will returns home (the only place he can hear the voice of his dead son), Gemma stays becoming even more reliant on Paul whose feelings towards her seem to develop further.

I found the film ultimately a little unsatisfying. An interesting story, but the execution mainly suffered from one of two extremes: the pace was either too slow, or much too fast.

Some of the time (such as for the first six-and-a-half minutes), things were told so quickly it just wasn’t enjoyable or comfortable to watch. This resulted in a lack of clarity, situations were left unsatisfactorily vague, and parts of the plot weren’t made at all easy to work out, leaving me with confusion, and questions.

At other times though the opposite was true, with too much plodding, and not enough pace. Overall, the plodding wins it, as ‘The Unseen’ did feel too long.

The main twist wasn’t an obvious one and was clever, even if a tad unbelievable.

Although I think I possibly needed to suspend my disbelief a little too often, it was still a relatively enjoyable film, with a decent amount of grit, intrigue, and interest and generally believable work by all actors.