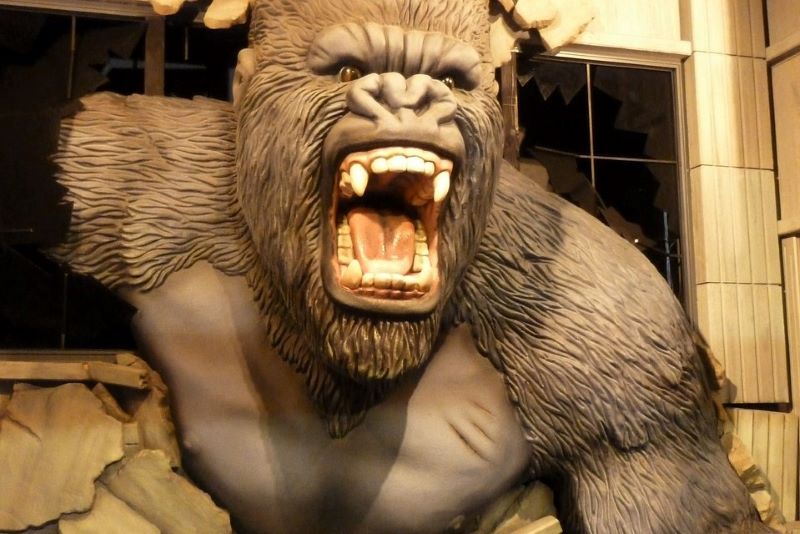 Barely a month away from the release of the latest Legendary MonsterVerse release, the hype surrounding Godzilla vs. Kong is getting as intense as ever! And understandably so, as Warner Bros. released the official trailer:

It shows snippets of Godzilla and Kong — legendary creatures from Kaiju and Western fantasy worlds — in epic face offs. This is one of the most-awaited feature films of the year, and we’ve rounded off the five most exciting things about the movie so far:

This is to be his first foray into PG-13 moviemaking. In one interview, he states how Godzilla vs. Kong is an interesting opportunity for him to exercise the limiting of explicit violence or language, all while orchestrating fights between two of the most gigantic monsters to ever appear on screen.

The Characters and the Cast Playing Them

We’re seeing the return of Kyle Chandler reprising his roles as Mark Russell. This time, he will be starring alongside Alexander Skarsgård who plays the central role of geologist Nathan Lind.

There’s also a new name joining the cast: Japanese actor Shun Oguri. He plays the character Ren Serizawa, an APEX scientist working under Demián Bichir’s Walter Simmons. If the last name “Serizawa” rings a bell, The Nerdist points out that you may indeed have heard before. Ren is the son of Dr. Ishirō Serizawa, played by Ken Watanabe in the previous Godzilla movies. That’s about as much as we know about Ren’s character, but this link to Godzilla’s past is definitely an arc we’re excited to learn about.

A New Take on a Classic Story

After being off screen for many years, Gala Spins details how King Kong returned to cinema in 2005 with Peter Jackson at the helm. His version of King Kong was faithful to the 1933 original, a movie he claims made him want to be a filmmaker. This was followed by Legendary’s MonsterVerse Godzilla (2014), King Kong: Skull Island (2017), and Godzilla: King of Monsters (2019).

While there’s been more than a few Godzilla films since 1954 — 36 to be exact — this is the first time well be seeing King Kong and Godzilla face-to-face since the Japanese 1962 kaiju film King Kong vs. Godzilla (キングコング対ゴジラ). Nearly 60 years later, with modern storytelling and tech advancements, who knows what twists and turns the story could take?

Godzilla has always been an anti-hero, and that much is obvious in the trailer for Godzilla vs. Kong. He’s showing his true nature, and it seems like he is getting ample screen time too. Since there’s a mention of APEX in the trailer, we could perhaps look forward to a full Godzilla story arc.

We’re also seeing a Kong backstory it seems. Based on the trailer, Kong is somewhat connected to a character named Jia (Kaylee Hottle). What her exact role is, we don’t know for sure yet, but this definitely gives more depth to Kong and could serve as personal motivation as he squares off with Godzilla.

I'm not crying, you are! 😭 Relive this touching moment in the trailer again: https://t.co/aTvARZrqPS. #GodzillaVsKong in theaters and streaming exclusively on @HBOMax* March 31.

*Available on @HBOMax in the US only, for 31 days, at no extra cost to subscribers. pic.twitter.com/xTIdX6kI7c

In Godzilla and King of the Monsters, whenever monsters were going at it, it was usually dark and raining. Sure, it keeps us on the edge of our seats, but there’s something about daylight fighting that gives us more context and more to see, such as the fight scenes in Jackson’s King Kong. We haven’t seen Godzilla and Kong in combat for over half a century, surely we deserve to see that in its full glory?

Godzilla vs. Kong is set to hit the cinemas and HBO Max on March 31, and we believe that it’s going to be epic.