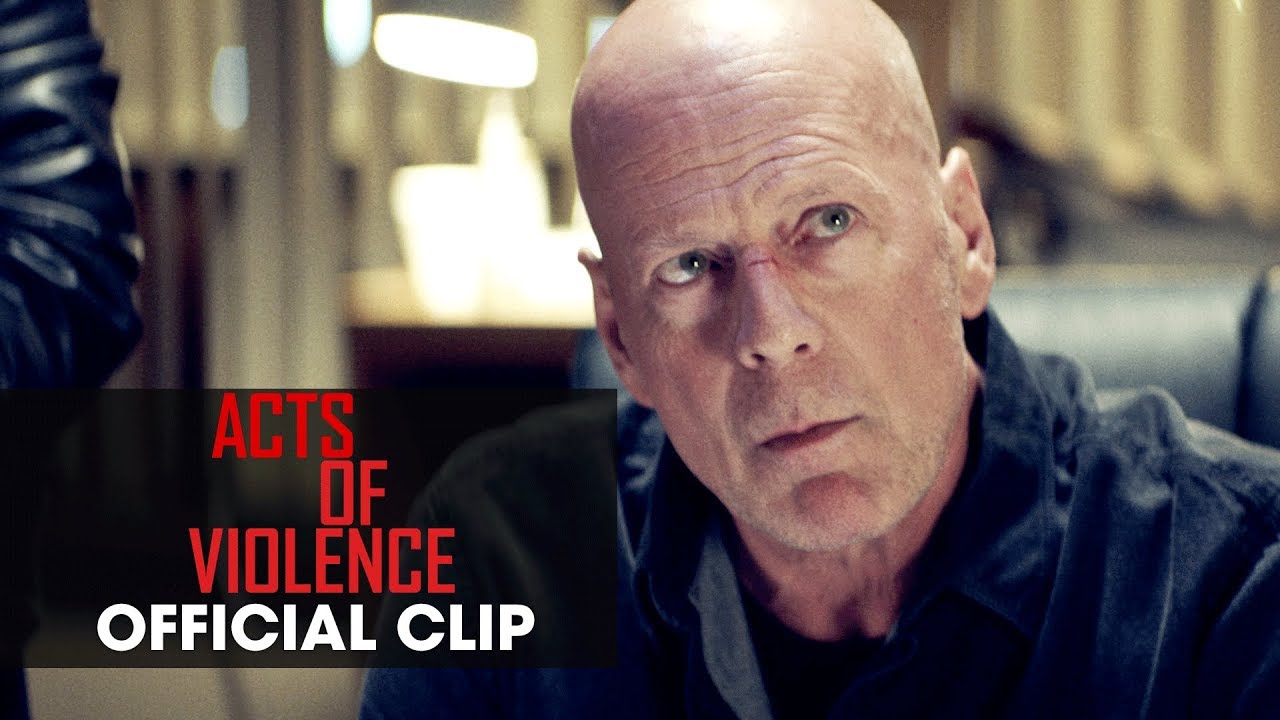 Three Midwestern brothers, a crime lord, and an incorruptible cop are on a deadly collision course when the youngest brother’s fiancée is kidnapped by human traffickers. To save her, the MacGregor boys call on their military training – and the strength of family – to fight the most important battle of their lives.

ACTS OF VIOLENCE stars Cole Hauser as Deklan MacGregor, Bruce Willis as Detective James Avery, and Sophia Bush as Detective Brooke Baker. The film will be released by Lionsgate Premiere in theaters and on demand on January 12, 2018.