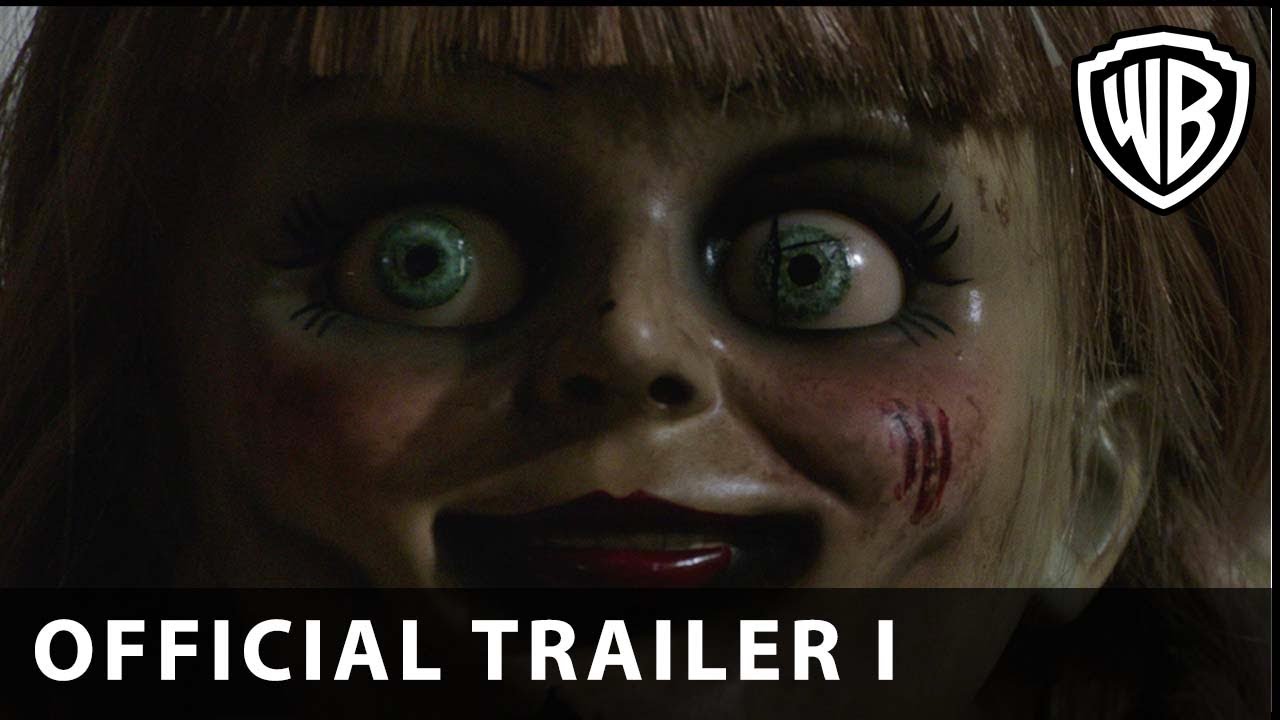 On June 28th, welcome to the home of The Conjuring Universe. Watch the #AnnabelleComesHome trailer now.

“Annabelle Comes Home” is the third installment of New Line Cinema’s hugely successful “Annabelle” films starring the infamous sinister doll from the “Conjuring” universe. Gary Dauberman, the screenwriter of the “Annabelle” films, “IT” and “The Nun,” makes his directorial debut on the film, which is produced by Peter Safran (“Aquaman”), who has produced all the films in the “Conjuring” franchise, and “Conjuring” universe creator James Wan (“Aquaman”).
Determined to keep Annabelle from wreaking more havoc, demonologists Ed and Lorraine Warren bring the possessed doll to the locked artifacts room in their home, placing her “safely” behind sacred glass and enlisting a priest’s holy blessing. But an unholy night of horror awaits as Annabelle awakens the evil spirits in the room, who all set their sights on a new target—the Warrens’ ten-year-old daughter, Judy, and her friends.
The film stars McKenna Grace (TV’s “The Haunting of Hill House,” “Gifted,” “Captain Marvel”) as Judy; Madison Iseman (“Jumanji: Welcome to the Jungle,” “Goosebumps 2: Haunted Halloween”) as her babysitter, Mary Ellen; and Katie Sarife (TV’s “Youth and Consequences” and “Supernatural”) as troubled friend Daniela; with Patrick Wilson (“Aquaman,” “The Conjuring” and “Insidious” films) and Vera Farmiga (“The Conjuring” films, upcoming “Godzilla: King of the Monsters,” TV’s “Bates Motel”) reprising their roles as Ed and Lorraine Warren.
Dauberman directed the film from a screenplay he wrote, from a story by Dauberman & Wan. Richard Brener, Dave Neustadter, Victoria Palmeri, Michael Clear, Michelle Morrissey and Judson Scott served as executive producers.
Dauberman’s behind-the-scenes team included director of photography Michael Burgess (upcoming “The Curse of La Llorona”), production designer Jennifer Spence (“Annabelle: Creation,” “The Nun”), editor Kirk Morri (“Aquaman”) and costume designer Leah Butler (“Annabelle: Creation”).
New Line Cinema presents, an Atomic Monster/Peter Safran Production, “Annabelle Comes Home.” The film is set to open in theatres and IMAX beginning June 26, 2019, and will be distributed by Warner Bros. Pictures.