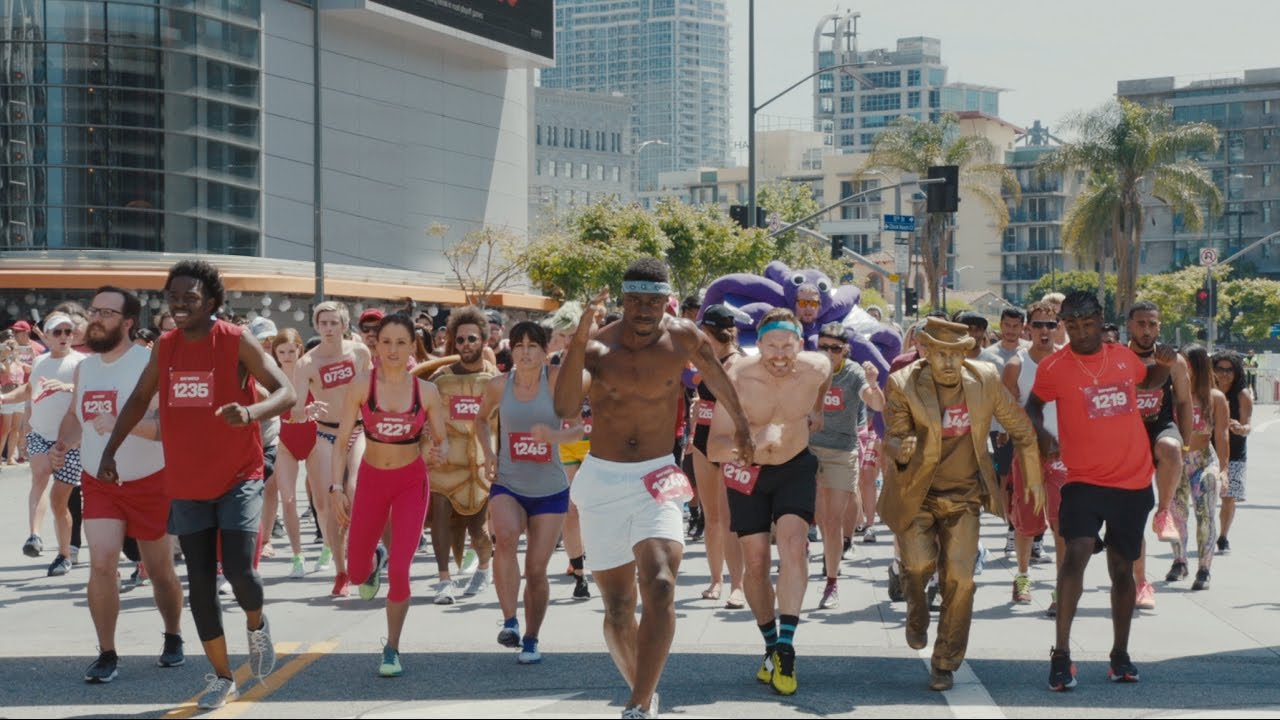 On the 22nd of April 2017, Downtown Los Angeles was witness to the first ever marathon run ENTIRELY in slow motion. Thousands of people turned up to honour the launch of the upcoming Baywatch movie and slowly, sexily, sassily, strutted their way across 0.3km. Athletics will never be the same again. Next stop…the Olympics.

Dwayne Johnson and Zac Efron star in the movie of the summer. Baywatch is coming to theaters May 25, 2017!

BAYWATCH follows devoted lifeguard Mitch Buchannon (Johnson) as he butts heads with a brash new recruit (Efron). Together, they uncover a local criminal plot that threatens the future of the Bay.