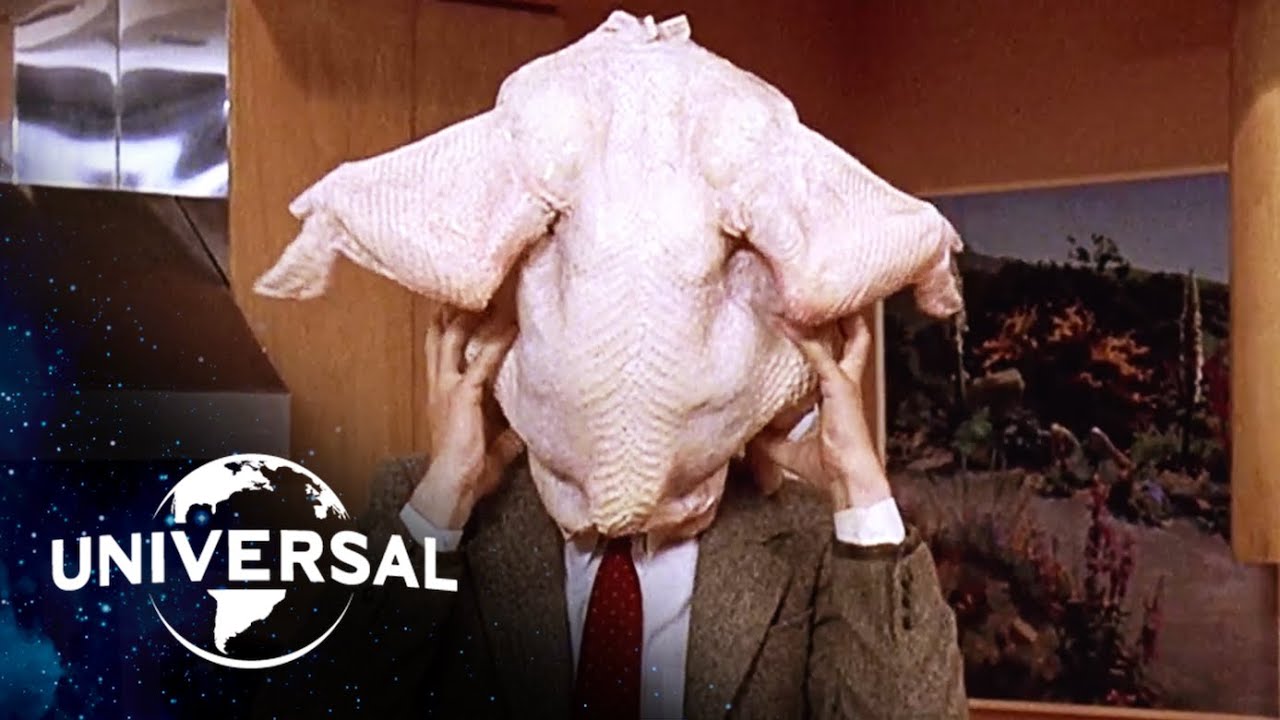 Mr. Bean (Rowan Atkinson) loses his watch inside a turkey while attempting to prepare dinner for the Grierson’s. As he tries retrieving it, he gets his head stuck inside! Watch Rowan Atkinson’s hysterical performance in this classic Thanksgiving scene from Bean!

Call him hilarious. Call him laugh-out-loud funny. But whatever you do call him Bean. In the comedy that rocked America, Rowan Atkinson is the outrageous Mr. Bean, sent on a mission to California to escort the world famous painting of “Whistler’s Mother” to its new home in The Grierson Gallery. What the gallery owner, one of the richest men in America, and his curator David Langley (Peter MacNicol) believe, is that Mr. Bean is Dr. Bean, a renowned art expert. In fact he is just a sleepy-headed, wildly eccentric museum guard. He’s also the clumsiest, craziest, wackiest, wildest, most bizarre character they have ever come across, and certainly not someone you’d entrust one of the world’s most valuable paintings to. But they have – and now wreaking havoc in the Grierson Gallery and wrecking Langley’s marriage is just the beginning. With only hours to go before the official unveiling by the museum’s benefactor, General Newton (Burt Reynolds), something terrible has happened to “Whistler’s Mother” and only one man has the power to put it right. The only problem is… that man is Bean.