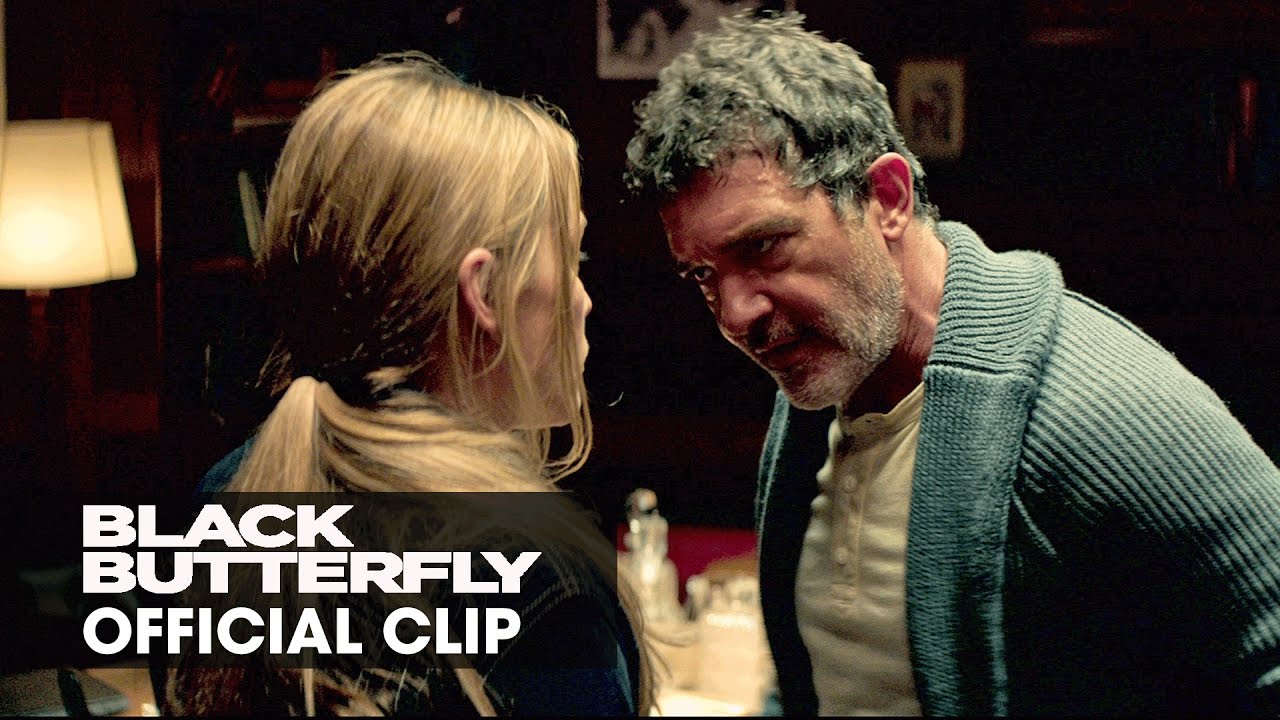 Outside a mountain town grappling with a series of abductions and murders, Paul (Antonio Banderas), a reclusive writer, struggles to start what he hopes will be a career-saving screenplay. After a tense encounter at a diner with a drifter named Jack (Jonathan Rhys Meyers), Paul offers Jack a place to stay – and soon the edgy, demanding Jack muscles his way into Paul’s work. As a storm cuts off power to the isolated cabin, the two men begin a jagged game of one-upmanship that will bring at least one tale to an end.

Antonio Banderas (Desperado, Haywire, The Skin I Live In), Jonathan Rhys Meyers (Match Point, Mission: Impossible III, The Tudors) and Piper Perabo (The Prestige, Looper) star in this riveting adaptation of the acclaimed French thriller, Papillon Noir. Directed by Brian Goodman and written by Marc Frydman and Justin Stanley, BLACK BUTTERFLY will be in theaters and on demand on May 26th.