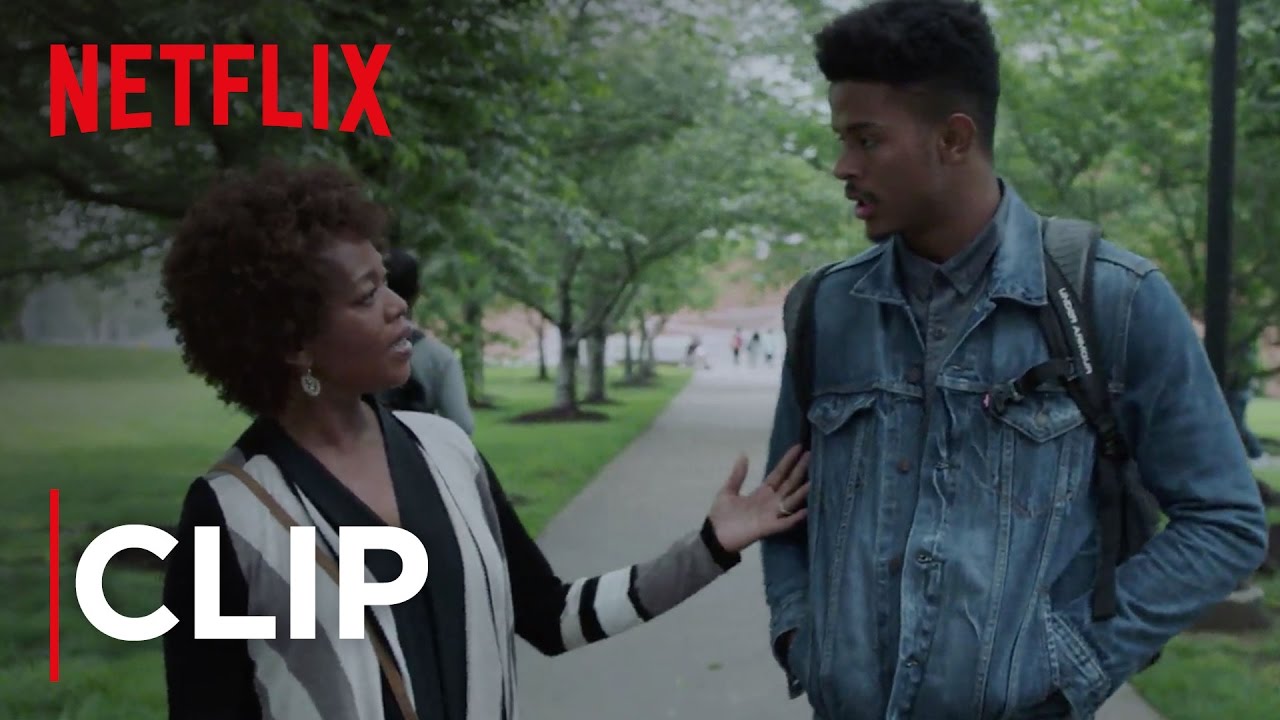 Netflix has released a new clip from its film Burning Sands, featuring Trevor Jackson and Alfre Woodard. The film is a powerful, coming-of-age drama that explores the bonds of fraternity and exposes how far some are willing to go in the name of brotherhood.

The film was selected for the 2017 Sundance Film Festival US Dramatic Competition and will be available to Netflix subscribers worldwide on Friday, March 10th.

It is directed and co-written by Gerard McMurray (producer, Fruitvale Station). The film was produced by Stephanie Allain (Beyond the Lights), Jason Michael Berman (The Birth of a Nation), Reginald Hudlin (Django Unchained) and Mel Jones (Dear White People). Common also executive produced and contributed an original song, “The Cross.”

Synopsis
Burning Sands takes you on a raw, voyeuristic journey of fraternity pledging through the eyes of one favored pledgee, who is torn between honoring a code of silence or standing up against the intensifying violence of underground hazing.

Led by a breakthrough performance by Trevor Jackson, director Gerard McMurray’s feature directorial debut brings an emotional honesty to the classic tale of “rites of passage” and the complicated bonds of brotherhood.