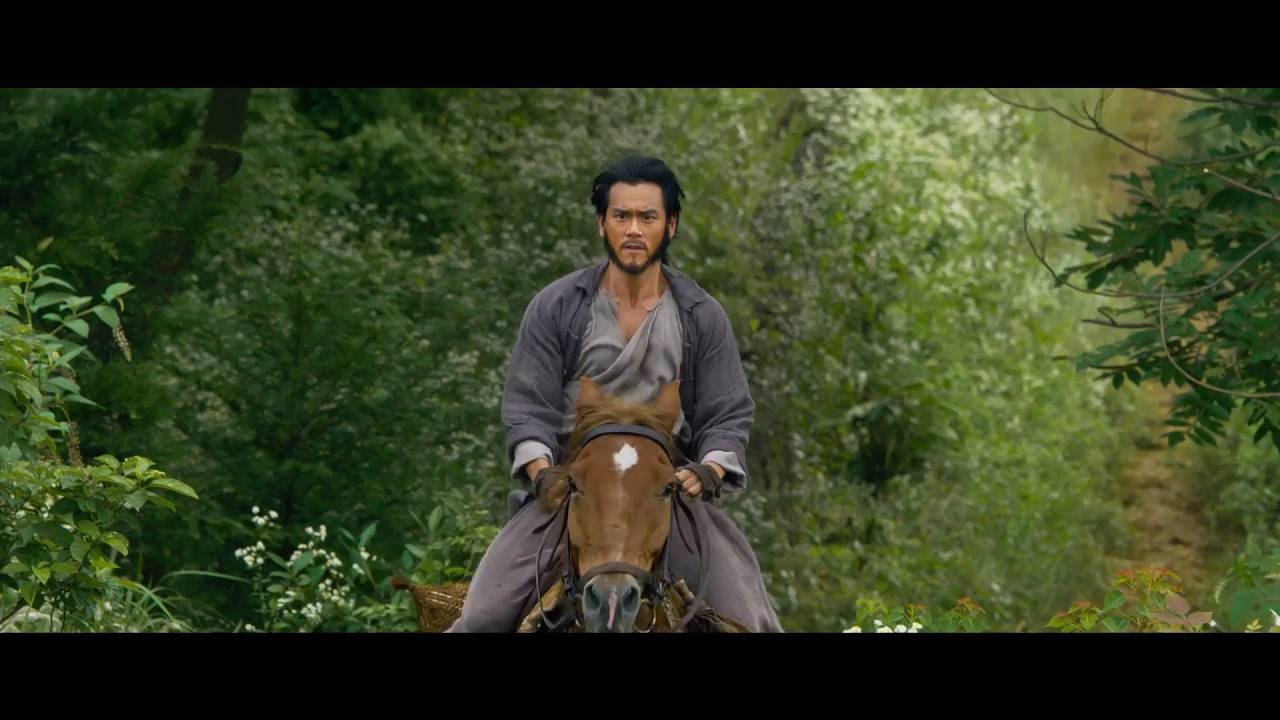 Recently there has been a small number of period, action movies that have hit the big screen that should be getting a lot more recognition here than they currently are. At least there is a chance to catch up on what was originally missed at the cinema through DVD and BluRay. This is one that lovers of western and samurai movies should check out. Not only is this a compelling movie to watch, it will keep your attention to see where the story will take you.

The story is set in 1916 where the Warlord Cao Ying seizes Stone City, prompting the residents to flee. We follow a schoolteacher Bai Ling (Zhang Shuying) who escapes with her pupils who comes across a noodle shop run by her cousin Tieniu (Philip Keung). As the children are resting and having a bite to eat, a robbery takes place and the robbery is foiled by a drifter Ma Feng (Eddie Peng). Ling and the children continue on their way until they reach their destination, Pucheng. There the city is protected by sheriff Yang Kenan (Sean Lau Ching-wan) and his men. The residents begrudgingly take in the teacher and her pupils.

Matters turn worse when a stranger turns up at Pucheng and causes serious trouble that gets him arrested. It is discovered that he is Shaolin (Louis Koo), General Cao’s son, and Yang sentences Shaolin to be executed the next day. General Cao’s Colonel Zhang Yi (Jacky Wu Jing) appears and decrees that they have until the next morning to release Shaolin or the city will be destroyed. This threat splits the town as they do not want any further trouble and want to set Shaolin free but Yang does not agree and wants Shaolin to face justice. With the odds stacked against them, will the residents of Pucheng escape unscathed and who is the mysterious Ma Feng that keeps appearing but is reluctant to side with the sheriff?

Director Benny Chan manages to keep all the various story threads together where other directors could have turned it into a total mess. Eddie Peng plays the drifter character with a knowing eye towards Eastwood’s Man With No Name, someone who knows the players but is reluctant to get involved. Louis Koo’s turn as the evil Shaolin is one of the most sadistic characters seen in a movie for a long while. The various action set pieces are dazzlingly shot with the wire-work being the most subtle I’ve seen in a while. With the various twists and turns in the story, this will definitely keep your attention for two hours.