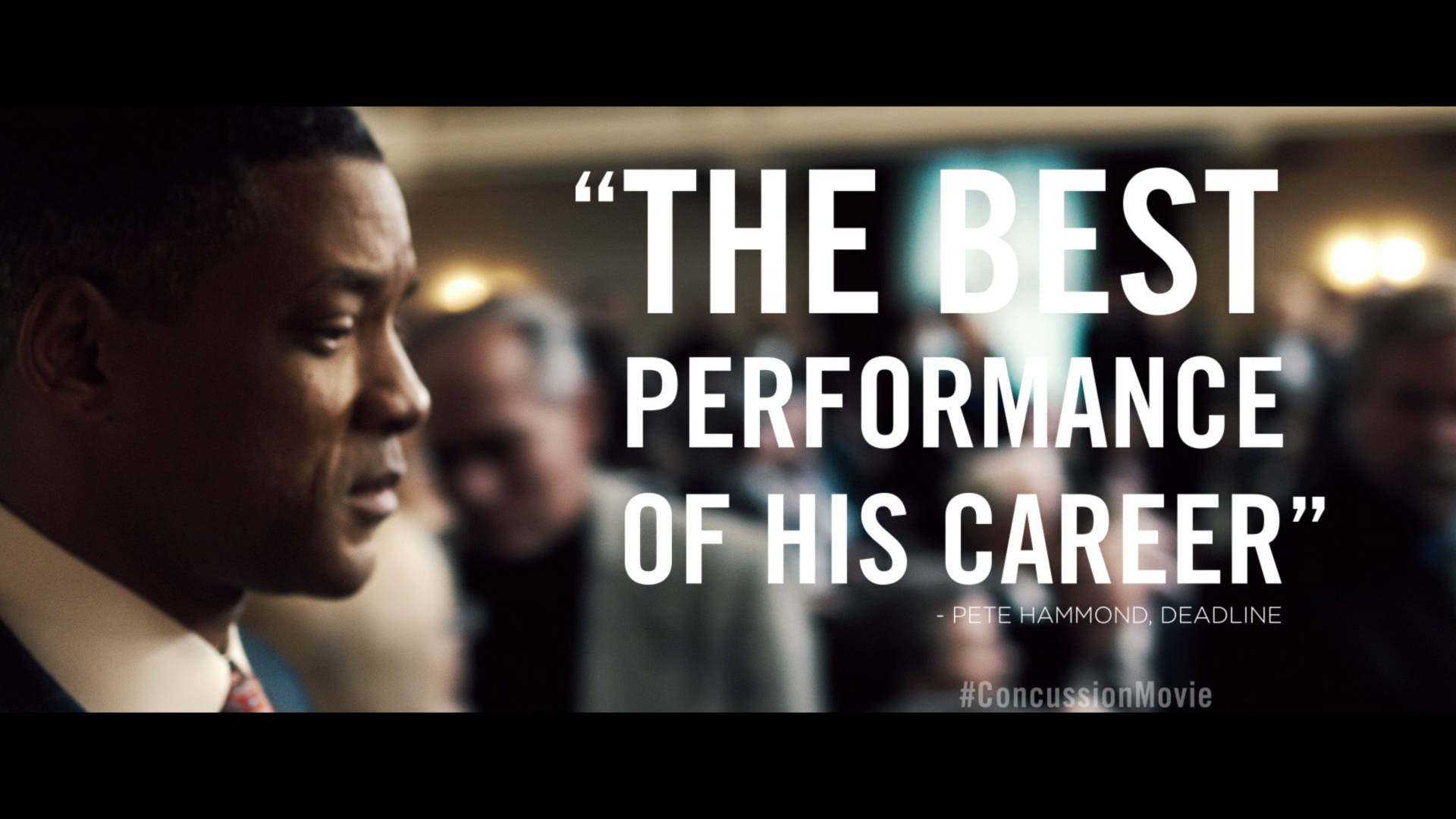 On December 25th, one doctor will take on a 60 billion dollar corporation that owns a day of the week. Based on a remarkable true story, no matter the risks, he won’t back down. Don’t miss it in theaters this Christmas!

Release Date: December 25, 2015
Will Smith stars in Concussion, a dramatic thriller based on the incredible true David vs. Goliath story of American immigrant Dr. Bennet Omalu, the brilliant forensic neuropathologist who made the first discovery of CTE, a football-related brain trauma, in a pro player and fought for the truth to be known. Omalu’s emotional quest puts him at dangerous odds with one of the most powerful institutions in the world.