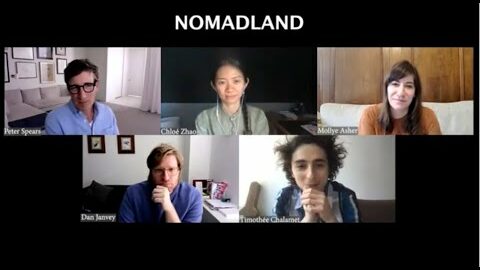 Following the economic collapse of Empire, Nevada, Fern (Frances McDormand) packs her van to explore a life outside conventional society as a modern-day nomad. Directed by Chloé Zhao, NOMADLAND features real nomads Linda May, Swankie and Bob Wells as Fern’s mentors in her exploration of the American West.