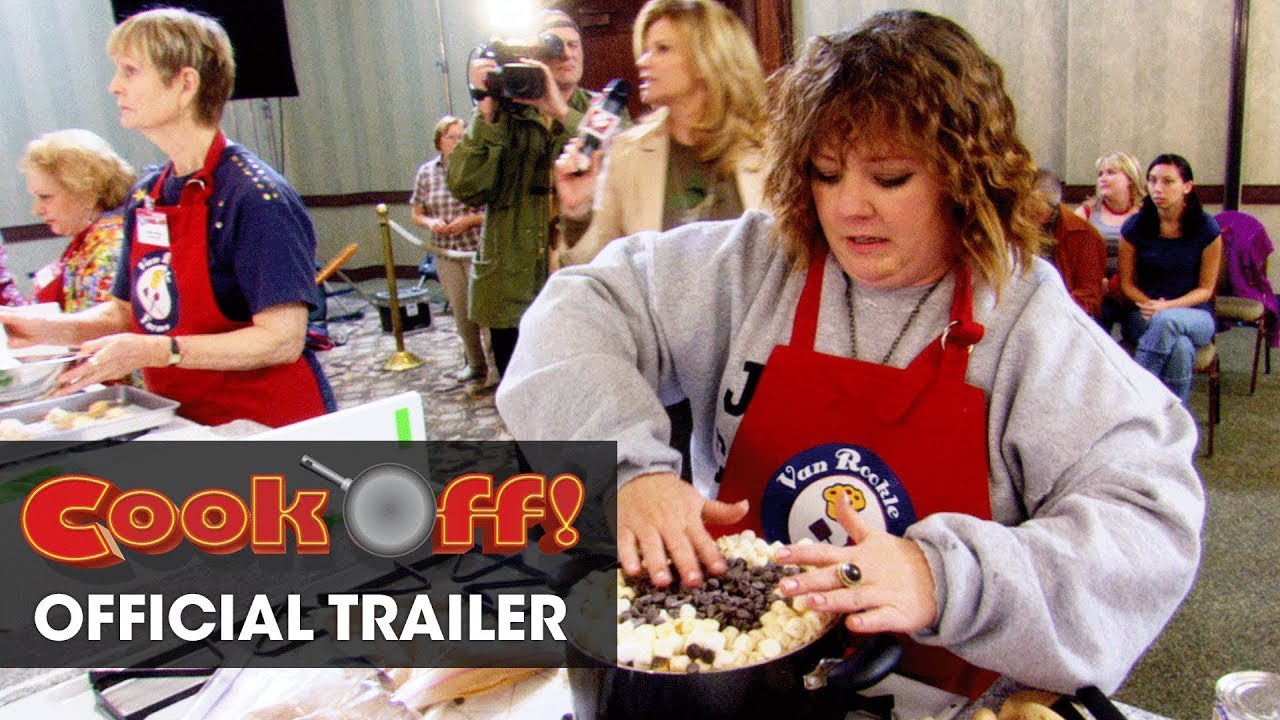 Reality-show shenanigans mix with the true-life fiery-and-fierce world of competitive baking in the deliciously sly mockumentary COOK-OFF! As a buffet of quirky contestants prepare for the renowned Van Rookle Farms Cooking Contest, the heat is on to win a one million-dollar prize. The filmmakers follow them as the foodie media and celebrity judges descend on a hotel convention area to see which contestants rise, which ones fall, who will reveal their true nature, and who will find love with the contest’s costumed Muffin Man mascot. Costarring a cast of improv geniuses including Melissa McCarthy, Ben Falcone, Stephen Root, Diedrich Bader, Wendy McLendon-Covey, Gary Anthony Williams, and Sam Pancake, the zesty COOK-OFF! is an affectionate nod to ordinary Americans who believe they’re one dollop of spray cheese away from achieving their dreams.