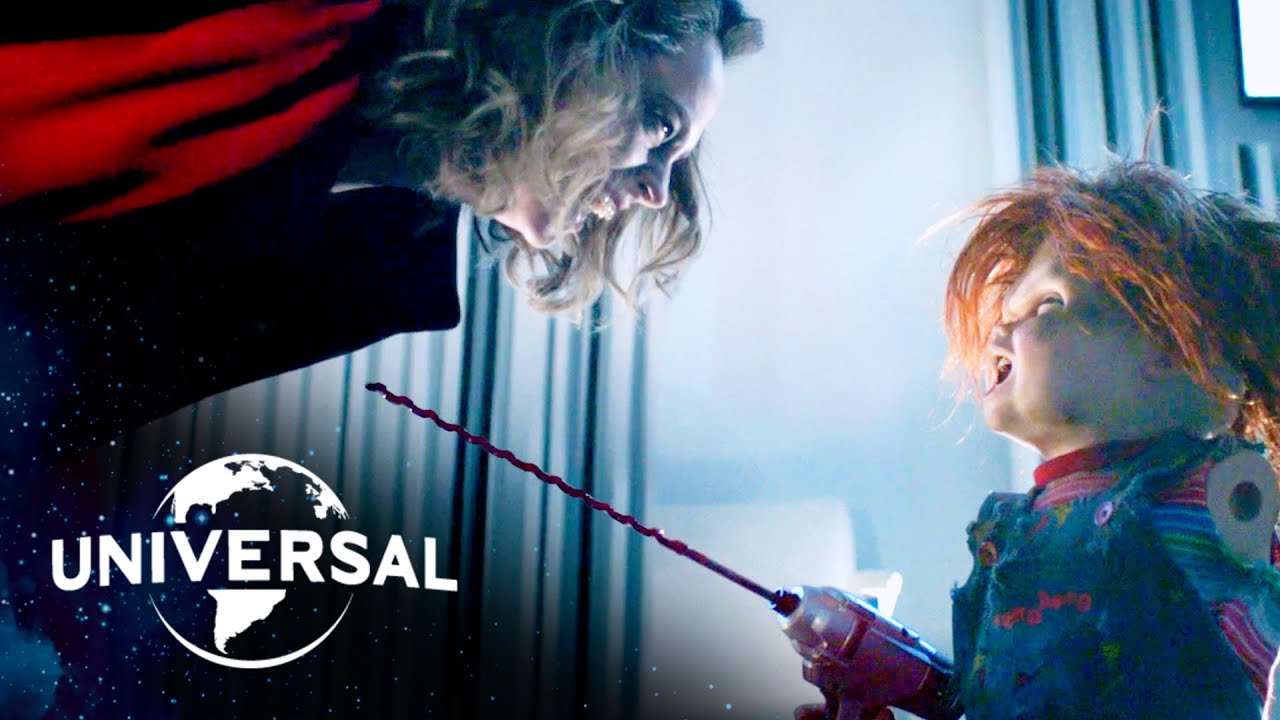 Before the premiere of the new Chucky television series, catch up on where the killer doll left off: possessing multiple ‘Good Guy’ Dolls and the human host Nica, trapping his original owner Andy in an insane asylum, and escaping to wreak havoc with his bride, Tiffany (in both human and doll form)!

About the new Chucky television series:
In the new CHUCKY television series, an idyllic American town is thrown into chaos after a vintage ‘Good Guy’ doll turns up at a suburban yard sale. Soon, everyone must grapple with a series of horrifying murders that begin to expose the town’s deep hypocrisies and hidden secrets. Meanwhile, friends and foes from Chucky’s past creep back into his world and threaten to expose the truth behind his mysterious origins as a seemingly ordinary child who somehow became this notorious monster.

Cult of Chucky:
Confined to an asylum for the criminally insane for the past four years, Nica Pierce (Fiona Dourif) is wrongly convinced that she, not Chucky, murdered her entire family. But when her psychiatrist introduces a new therapeutic “tool” to facilitate his patients’ group sessions — an all-too-familiar “Good Guy” doll with an innocently smiling face — a string of grisly deaths begins to plague the asylum. Andy Barclay (Alex Vincent), Chucky’s now-grown-up nemesis from the original Child’s Play, races to Nica’s aid. But to save her he’ll have to get past Tiffany (Oscar®-nominee Jennifer Tilly), Chucky’s long-ago bride, who will do anything, no matter how deadly or depraved, to help her beloved devil doll.