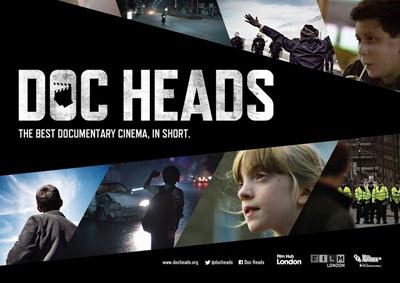 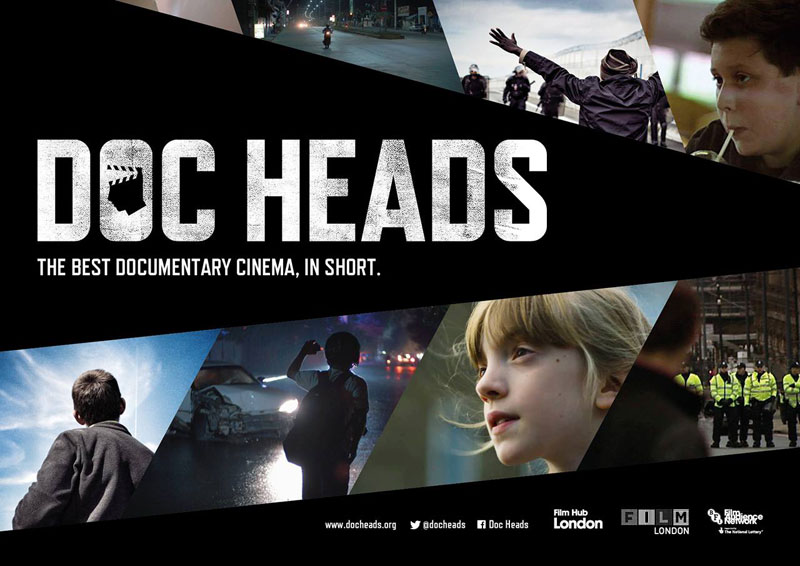 DocHeads to give documentaries a regular and dedicated exhibition platform

DocHeads in association with Film London, Film Hub London and BFI Film Audience Network, announces the launch of cinema exhibition for short documentaries across the capital.

The cinema programme will launch on 16th March at Bertha DocHouse, Curzon Bloomsbury, and will play at selected sites across London in March & April.

Doc Heads believes that the shortform is the future, and this new programme premieres films from some of the most exciting filmmakers of the moment – Oscar-nominated, BAFTA winning, Staff-Picked. Innovative, boundary-pushing and cinematic: it’s an immersive experience designed for the big screen.

But this isn’t just about great films; this is also event cinema. Each screening is themed and offers the audience an opportunity to take part in intelligent discussion with filmmakers and other high-profile speakers around important stories.

The first programme of Doc Heads highlights the stories of the excluded or marginalized and takes us into new corners of the world, experiencing blindness through the eyes of a child; the world of journalists chasing car crashes in Cambodia; teenagers tempted by the far-right in Bradford; poetry in the Calais jungle and the life wisdom of a hot dog seller on the streets of London.

Pete Middleton & James Spinney premiere Radio H, a follow-up to the multi-award winning, critically-acclaimed Notes on Blindness (“A visionary, lyrical film” The Times). Throughout the 1980s, John Hulls’ eldest daughter Imogen was the self-styled presenter of ‘Radio H’, an ambitious make-believe radio show recorded on her Fisher Price tape recorder. As a counterpoint to John’s landmark investigation of blindness, this short film revisits Imogen’s childhood recordings, as she reflects on her life growing up with a blind father.

Christian Cerami presents the theatrical premiere of BAFTA shortlisted and Grierson nominated Black Sheep, a look at the wave of islamophobia sweeping Britain through the eyes of two young men. Set in the North of England, it explores the dynamics of working-class youth culture, rising inequality and deeply inherent xenophobia.

Stephan Bookas & Tristan Daws’ Refugee Blues charts a day in ‘the jungle’, set to the verses of WH Auden’s 1939 poem Refugee Blues. More intimate than anything seen in the mass media, this documentary poem counterpoints the camp’s harsh reality of frequent clashes with the French riot police with its inhabitants longing for a better future.

Jamie Roberts presents Dinner Time, the world according to hot dog seller Arezki on a Thursday night in Soho.

“In recent years shortform has become an exciting space for documentary; allowing filmmakers to experiment with new, bold ideas. We believe our new DocHeads programme offers something special for audiences – the best new films from the most pioneering voices working in documentary today, with a chance to hear direct from the filmmakers and those working on the front lines of some of the issues raised.”

DOCHEADS will be screening at the following sites in March/April 2017:

Programme supported by Film Hub London, managed by Film London. Proud to be a partner of the BFI Film Audience Network, funded by the National Lottery. www.filmlondon.org.uk/filmhub