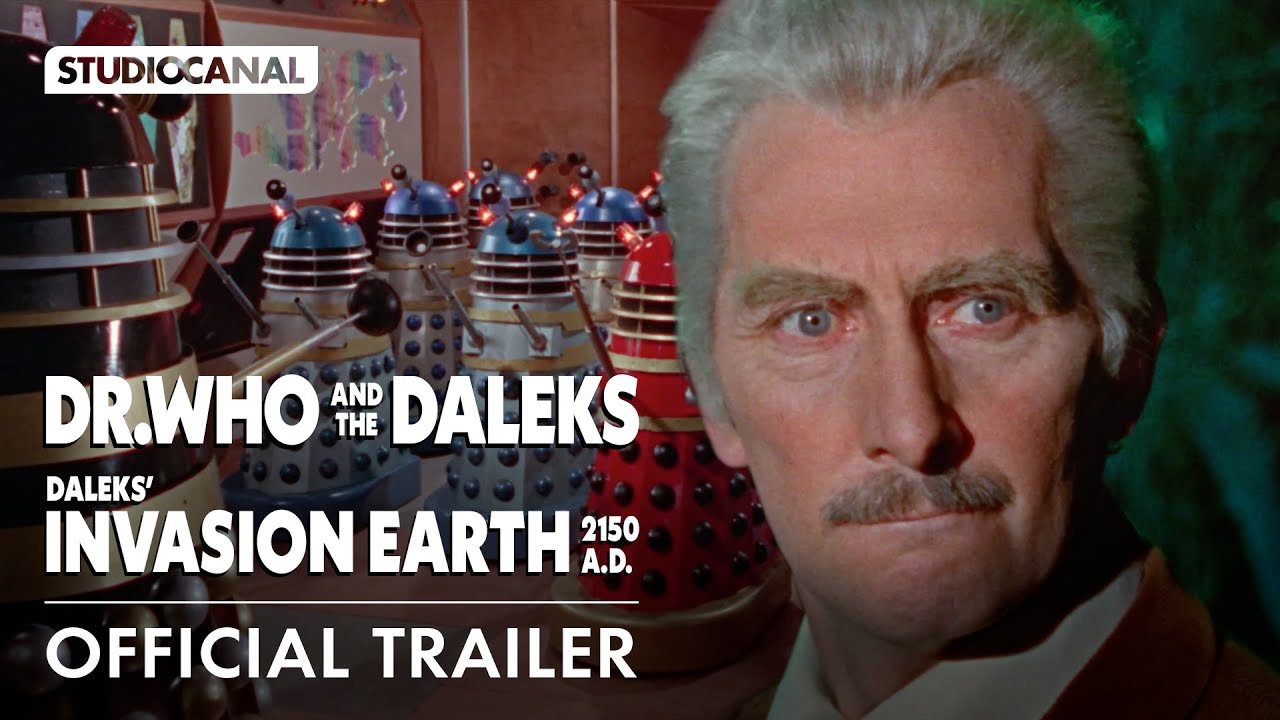 DR. WHO AND THE DALEKS and DALEKS’ INVASION EARTH 2150 A.D. will be released as a double bill in cinemas on July 10th and available as 4K UHD Collector’s Editions, steelbooks and digital on June 20th and July 18th.

Released initially in 1965 and 1966 and directed by Gordon Flemyng, these two films, shot in glorious Technicolor, have been regenerated in out-of-this-world 4K and are the perfect collector’s item for Doctor Who and sci-fi fans. The films, which are to date the only big-screen outings for the Doctor, also boast a beloved supporting cast including Bernard Cribbins, Roberta Tovey, Roy Castle and Jennie Linden.

DR. WHO & THE DALEKS (1965) was the first big screen film adaptation of British TV’s most iconic sci-fi hero, and the first time Doctor Who was ever seen in colour. Having invented the TARDIS, a strange machine capable of travelling into other dimensions, the Doctor and his three young accomplices set forth on a quest through time and space. Their journey takes them into the dark, undiscovered depths of the universe and to the planet of Skaro, a primitive world devastated by nuclear war and populated by two warring species, a peaceful tribe known as Thals and a life form heavily mutated by radiation, encased in protective machines, a merciless force of destruction known as The Daleks!

The second film, DALEKS’ INVASION EARTH 2150 A.D sees Cushing return to the big screen – the future of Planet Earth now belongs to The Daleks, but deep within the London Underground a group of resistance freedom fighters are planning an attack. Can The Doctor help them succeed in destroying their extra-terrestrial enemies and take back control of Earth?