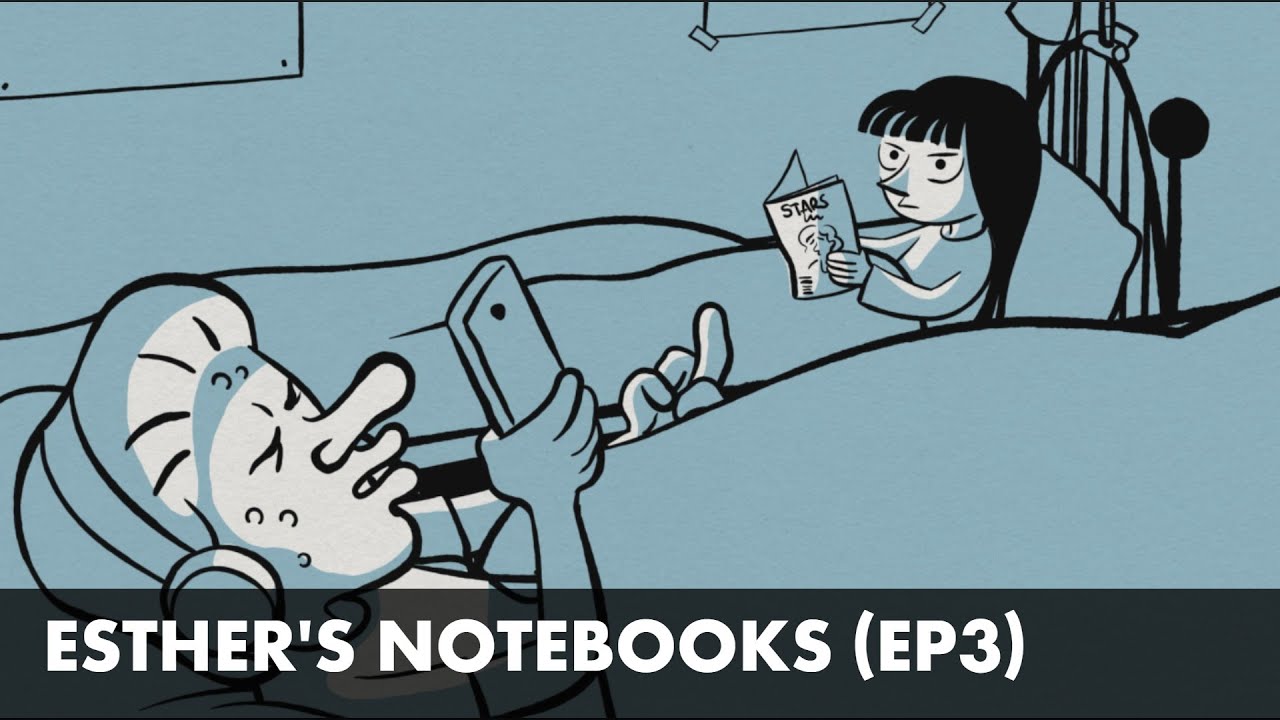 FULL EPISODE 3 FROM SEASON 1 ESTHER’S NOTEBOOKS.
From renowned French cartoonist and award-winning director Riad Sattouf, well-known author of The Arab of the Future: a huge success internationally, comes a refreshing series with a unique tone and based on Esther A.’s real life.

Told in the first person, this wonderful upbeat animated series draws us into the daily life of a 10 year old girl, Esther, living in Paris with her family, talking about school, friends, family, and pop stars. What does it take to become popular at school? What can you do when your friends have more money than you do? How did Esther’s class feel about the January 2015 attacks in Paris?