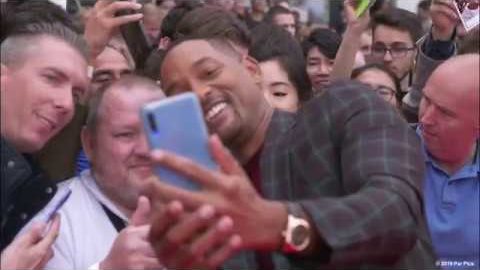 Gemini Man star Will Smith and filmmakers celebrated the film and Will’s birthday in Budapest, where it all began. Don’t miss Gemini Man in theatres October 11th.