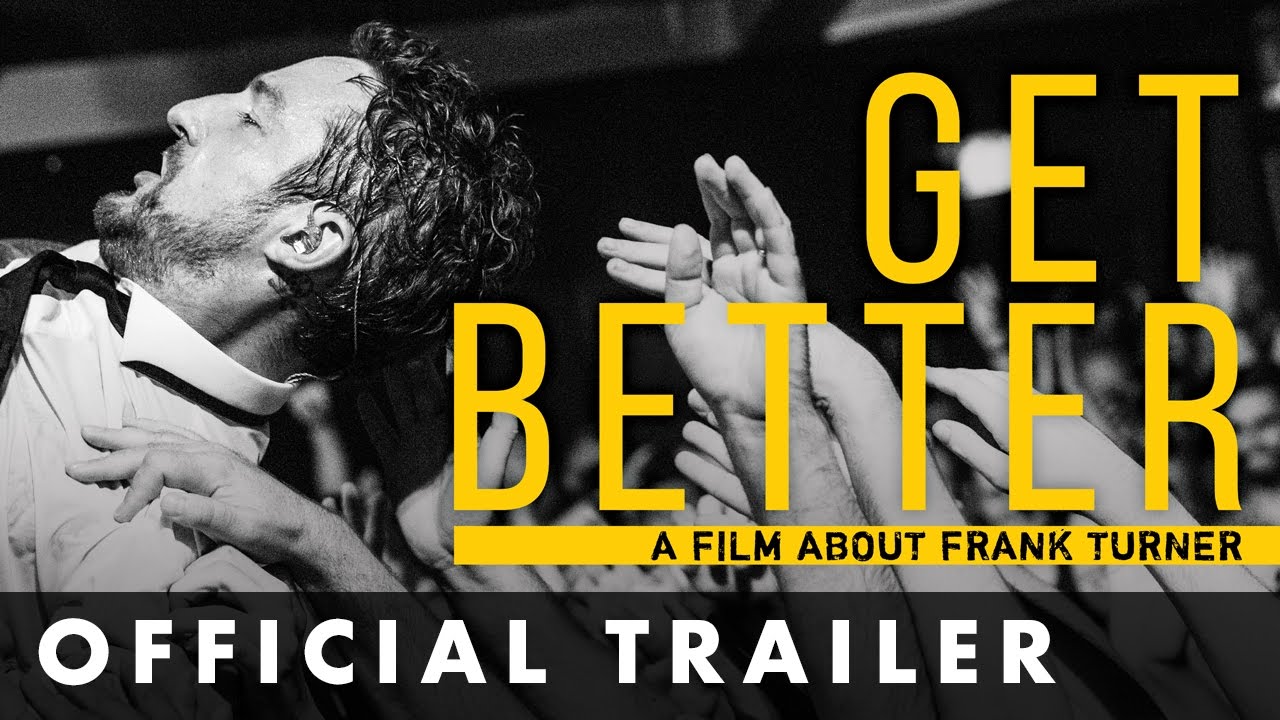 December 13th will see the release of Get Better: A Film About Frank Turner, an exhilarating and candid documentary film about a year in the life of Frank Turner. Filmmaker Ben Morse spent a year trailing one of the most hard-working musicians currently operating and what emerges is a raw, insightful portrayal of an underground hero. A close friend of Turner, Morse originally intended to capture Turner and his band, The Sleeping Souls, in constant motion only to discover a man facing up to his demons, forced to pause touring for the first time in his career.
Get Better includes never-before-seen footage from friends, family and fans across the world as well as extensive interviews with Turner and his band as they contemplate what drives a man to stay on the road and the effect that has on his life and those around him. Turner has been one of the breakthrough artists of the millennium, emerging from his punk-rock roots to become a rock icon to diehard fans all over the world. In 2015, everything came to a head as Turner slipped off the wagon and confronted the commercial pressures of mainstream success.