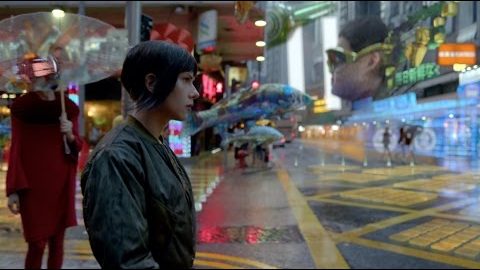 Get a behind-the-scenes look at the art of Ghost In The Shell, and see the film in theaters, RealD 3D and IMAX 3D on March 31.