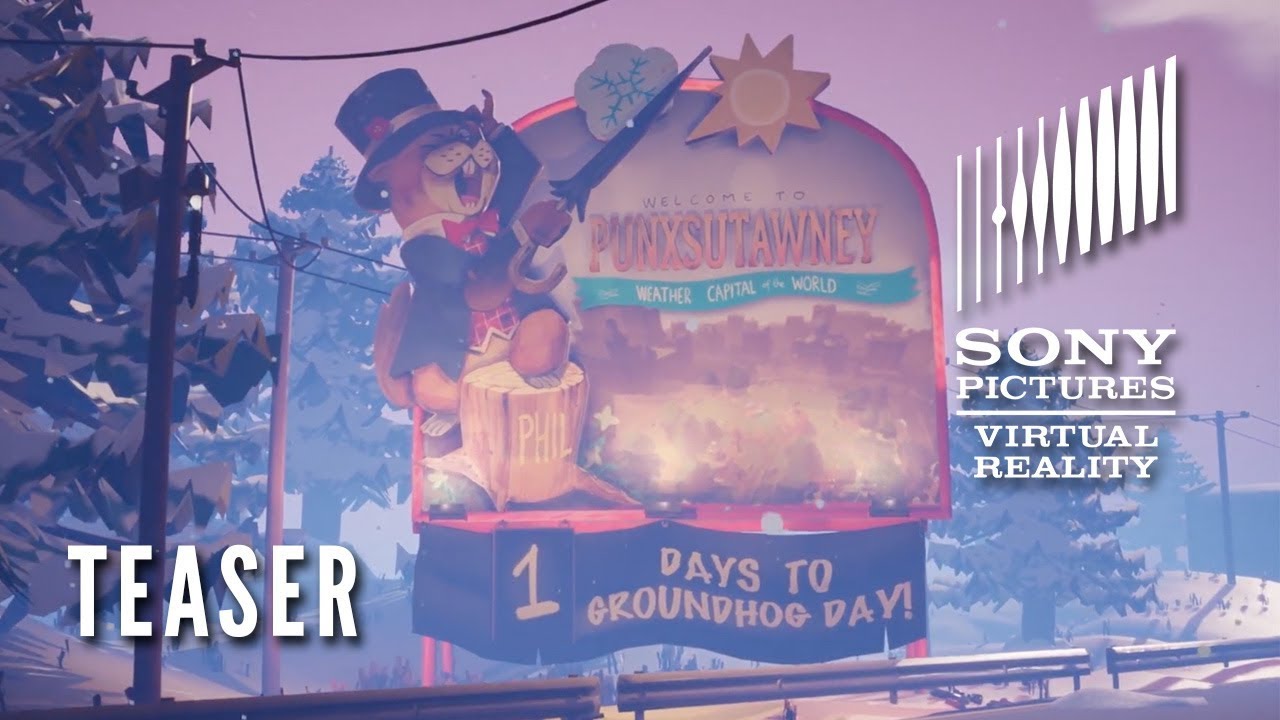 In Groundhog Day: Like Father Like Son, you’ll play as the charming but arrogant Phil Connors Jr., who grew up in the shadow of his father — a man who spent a lifetime repeating a single day until he had made it perfect. But for Phil Jr., today is the worst day of his life. He’s trapped back home in Punxsutawney, the small town he thought he’d escaped, where he can’t even get a decent cappuccino — and he’s going to have to repeat the day over and over, until he learns the true value of friends and family.

The publisher and producer of Groundhog Day: Like Father Like Son is Sony Pictures Virtual Reality, the VR arm of Sony Pictures Entertainment which has launched several popular VR experiences including Ghostbusters: Dimension, Can You Walk The Walk and Spider-Man: Homecoming VR. Groundhog Day: Like Father Like Son is being co-produced by MWM Immersive, a division of Madison Wells Media behind high-quality VR and AR experiences like Jon Favreau’s Gnomes & Goblins and Chained: A Victorian Nightmare. The game is being developed by Tequila Works, a Madrid-based video game developer that has created award-winning games like Deadlight, RiME and The Invisible Hours.