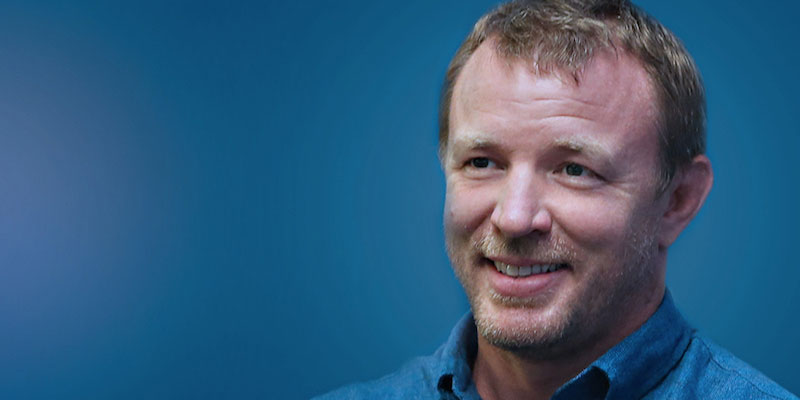 The award will be presented by Raindance Festival Founder, Elliot Grove, on Tuesday, August 15th, 2017, at The Mayfair Hotel where Mr. Ritchie will be the special guest of honor at the Raindance 25th Anniversary drinks soiree.

Ritchie started his career in the British film industry as a runner, before working his way up to a director of commercials and videos. His writing and directing feature film debut, Lock, Stock and Two Smoking Barrels, set in London’s criminal underworld, was made on a modest budget of under £1 million, premiered at the 1999 Sundance Film Festival, went onto break British box office records and garnered worldwide critical acclaim. The London Film Critics Circle named Ritchie the British Screenwriter of the Year for the film, the film also received a BAFTA Award nomination for Best British Film, and five nominations at The British Independent Film Awards including Best British Film, Best Director, Best Screenplay, The Douglas Hickox Award (Directional Debut) and it won the Best Achievement in Production award – The BIFAs were founded by Raindance Film Festival founder Elliot Grove.

A prestigious career ensued with Ritchie writing and directing films from gritty crime capers Snatch, Revolver and RocknRolla, through to Hollywood heavyweights including the Sherlock Holmes blockbusters, The Man From U.N.C.L.E. and most recently the epic fantasy action adventure King Arthur: Legend Of The Sword. Ritchie next brings his dynamic style to Disney’s live-action, Aladdin, which he will direct and begin shooting later this year.

In addition to Ritchie’s feature work, his diverse directing credits include a short film starring David Beckham for his H&M line, another short film, Star, which featured in Series 1 of the popular BMW series The Hire, and the short film for Nike, Take It to the Next Level, which follows the rise and fame of an up-and-coming Dutch footballer. Featuring the industry’s best players, the promo was an ambitious undertaking for Ritchie going to win a Gold Lion at the 2008 Cannes International Advertising Festival.

“We could not be more thrilled that Guy Ritchie will be the recipient of this year’s Raindance Auteur Award,” said Elliot Grove, Founder of Raindance. “Guy has always been a great supporter of ours, having attended Raindance back in the early 90s. Guy has gone onto become a prominent figure in film, breathing new life into the British film industry when he exploded onto the scene with his cult crime comedies. Over the years, Guy has developed into a unique and stylish storyteller, we could not think of a more fitting artistic talent for this award.”

Festival passes can be purchased through the Festival website: http://raindancefestival.org/register-now