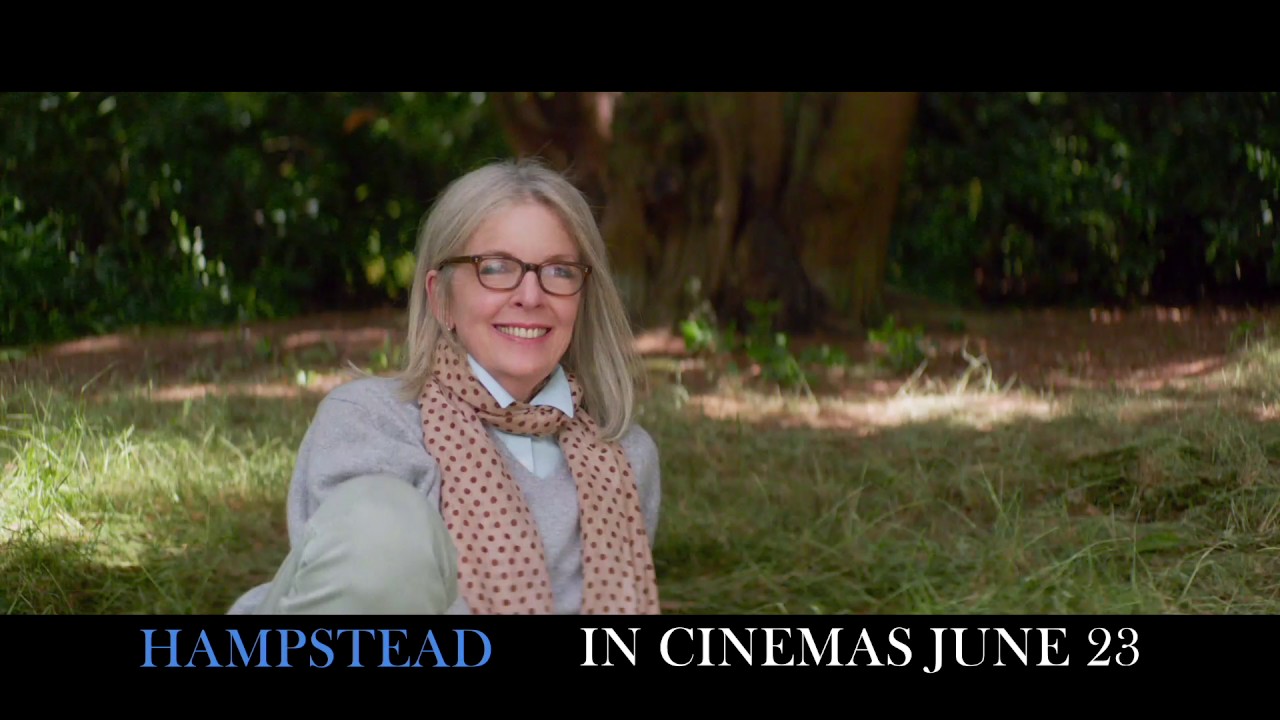 American widow Emily Walters (Diane Keaton) lives beside the picturesque Hampstead Heath. Despite her seemingly idyllic existence, she doesn’t want to admit that she’s drifting through life without much thought to her future, finance or relationships. One day, Emily stumbles upon the reclusive Donald Horner (Brendan Gleeson), who has lived quietly in a shack on the Heath for seventeen years. But now his home and lifestyle are under threat from property developers who want to build luxury apartments on the land. When Emily discovers that it’s her friend Fiona (Lesley Manville) who is leading a community initiative in support of the developers, she bravely steps up to take Donald’s side in the escalating battle, determined to defend the man who might just be the person to put the spring back in her step.
Inspired by a true story, HAMPSTEAD is a funny and life-affirming tale about how love can be found in the most unexpected places.
HAMPSTEAD is directed by Joel Hopkins (The Love Punch, Last chance Harvey) and also stars a stellar British cast including James Norton, Simon Callow, Jason Watkins, Lesley Manville, Will Smith, Phil Davis and Hugh Skinner.

HAMPSTEAD will be released in UK Cinemas on JUNE 23, 2017