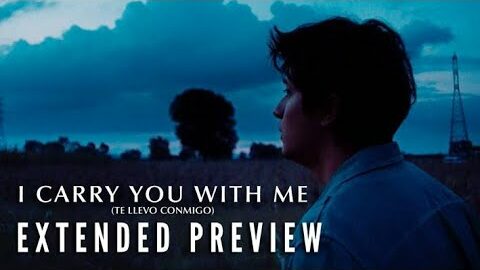 An epic love story based on real life. #ICarryYouWithMe is now on Digital & Blu-ray!
https://www.sonypictures.com/movies/icarryyouwithme

After Iván (Armando Espitia), an aspiring chef and young father, meets Gerardo (Christian Vázquez) at a clandestine gay bar in provincial Mexico, they fall deeply in love. When their secret relationship is discovered by Iván’s family, he makes the risky choice to cross the border to try his luck in the United States, promising both his young son and his soulmate Gerardo that he will return. Alone in New York City and faced with the daunting challenges of a newly arrived immigrant, Iván’s decision costs him more than he ever imagined.

Academy Award® nominee, Heidi Ewing’s (Best Documentary, Jesus Camp, 2006) narrative feature debut is a tender romance spanning decades. Based on a true story, the film won the 2020 Sundance NEXT Innovator Award and Audience Award, and was nominated for two Film Independent Spirit Awards and a GLAAD Media Award. I CARRY YOU WITH ME is an epic love story, as well as a soulful rumination on family, sacrifice, regret, and ultimately, hope.