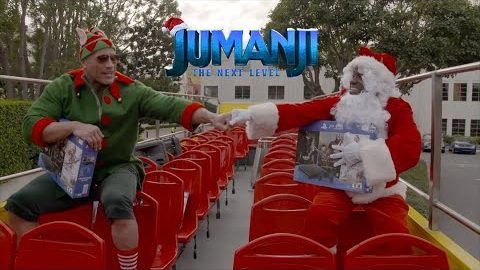 Santa and Dwelf are the gifts that keep on giving. 🎁 See #JUMANJI in theaters THIS WEEKEND and you may get a special surprise!