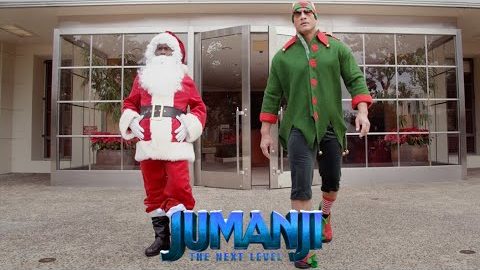 Christmas comes early when Santa and The Dwelf come to town… 🎄 Go see #Jumanji in theaters THIS WEEKEND and you might get a special surprise! 🎁