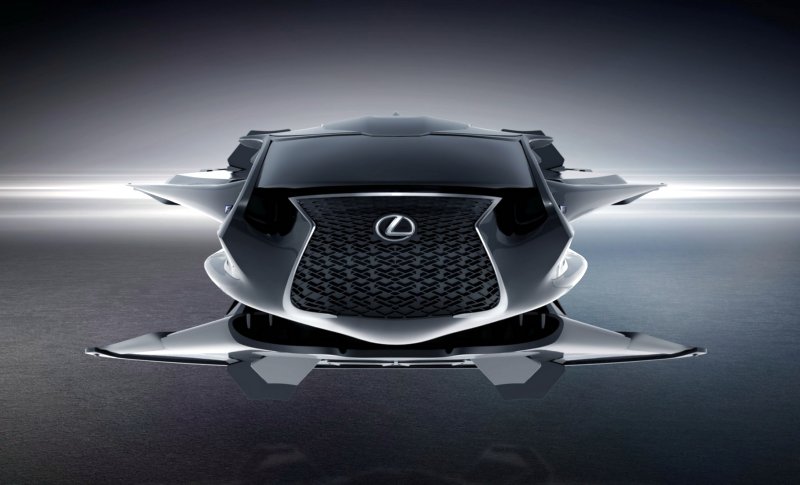 With the recent red carpet premiere of Sony Pictures’ highly-anticipated Men in BlackTM: International in New York comes the world debut of the Lexus QZ 618 Galactic Enforcer jet – the first in the brand’s new jet-class fleet. Currently available only to MIB agents, it is powered by hybrid transformer technology. With the push of a button it morphs from a 2020 Lexus RC F sport coupe into the most powerful IFO (Identified Flying Object) ever engineered by Lexus. It is also the only Lexus available in the darkest black in the entire universe: Umbra Black1.

“The Lexus jet reflects the future of the Lexus brand – the far, far distant future,” said Lisa Materazzo, vice president of Lexus marketing. “With the most advanced alien-fighting technology, performance and sophisticated styling, it’s in a class of its own.”

In a top-secret exchange of knowledge with an alien partner, brokered by “the agency,” Lexus was able to secure Quasar Power Source2 Technology (QPST) that uses the power of the nearest Active Galactic Nucleus3 (AGN) to travel anywhere in the universe in seconds. Quasi-Stellar Objects4 (QSOs) are found in every galaxy that has a supermassive central black hole. So, all QPST-powered Lexus vehicles are named after black holes.5

To learn more about the film, visit MeninBlack.com.

Notes: Specifications and features listed here represent science fiction speculation of what a powerful scum-fighting Lexus jet might be like. The actual vehicle in the film was computer generated—the futuristic vehicle does not exist in reality.

*Amazon, Alexa and all related logos are trademarks of Amazon.com, Inc. or its affiliates.

1 UmbraBlack – The very darkest part of a shadow is the umbra. It’s where an object completely blocks of the light source of an entity behind it. In astrophysics, it is the cone-shaped part of the shadow of a cosmic body that excludes all light from the original source.

2 Quasar Power Source Technology (QPST) – Quasars are considered to be the brightest objects in the universe—emitting exceptionally large amounts of energy. There are very few sources that produce enough energy to power a quasar. Astronomers theorize that the sources of quasar energy are supermassive black holes within them.

3 Active Galactic Nucleus (AGN) – A small region at the center of a galaxy so bright that the nucleus can be more luminous than the remaining galaxy light. The most powerful, steady sources of luminosity in the universe, they have too much energy in their nuclei to be due to stars or starbursts.

4 Quasi-stellar Objects (QSOs) – A class of astronomical bodies with a star-like visual appearance, but which have long wavelengths or redshifts.

5 Black Hole TON 618 – One of the most massive black holes in the universe, found in an extremely luminous quasar located 10.37 billion light years from the earth near the north galactic pole. It is 66 billion times the mass of the sun.