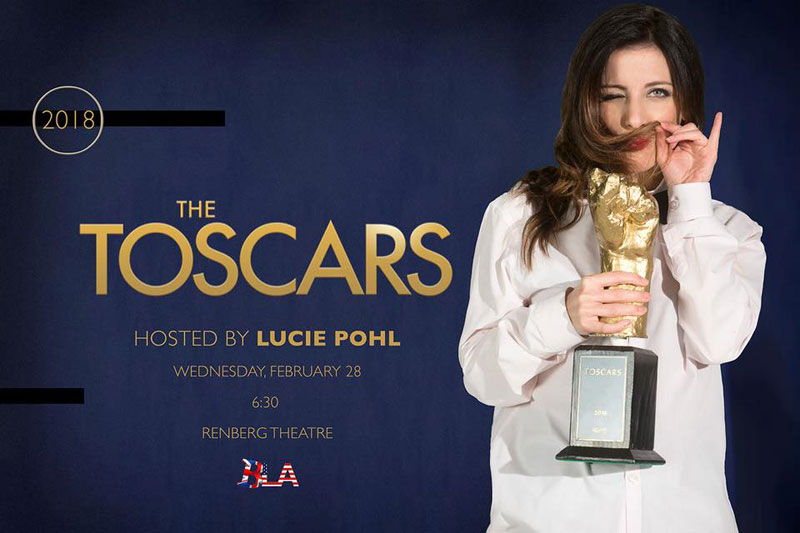 Brits in LA are excited to announce that comedian and actress Lucie Pohl will host this years Toscars. Lucie is known for her outstanding work in Red Dwarf XI, Showtime’s Homeland, Mercy on Blizzards Overwatch and Fantastic Beasts and Where to Find Them. With 5 stars reviews for her sold out comedy shows Lucie is bound to create some belly laughs at the Awards.

This year the awards presenters are a beautiful fusion of Brits and Americans who are geared up to hand out golden fists as the coveted awards, such as Best Whactress and Best Whactor. Sleepy Hollow’s Janina Gavankar will be joining the delightful line up that includes 9-1-1’s Oliver Stark, Mark ‘Rhino’ Smith who stars alongside Idris Elba in the new film “Yardie”, Irish Beauty Samantha Mumba, Andrea Gabriel known for “Twilight” and “Lost”, Arrow’s Jimmy Akingbola, D.J. ‘Shangela’ Pierce currently competing on RuPaul’s Drag Race All Stars 3, Roger Davies who is the lead in JJ. Abrahms The Cloverfield Paradox alongside David Oyelowo in and finally a welcomed visit from Wonder Woman!

The Oscars are in March, but a few days before that on February 28th, Brits in LA’s 11th annual Toscars will be held in Hollywood. The brainchild of actor Craig Robert Young and Eileen Lee. This affectionate, spoofy homage is based around this year’s Oscar nominations for best movie.

In just three weeks parodies of each of the Oscar-nominated films are judged by over 150 members at the Whacademy.