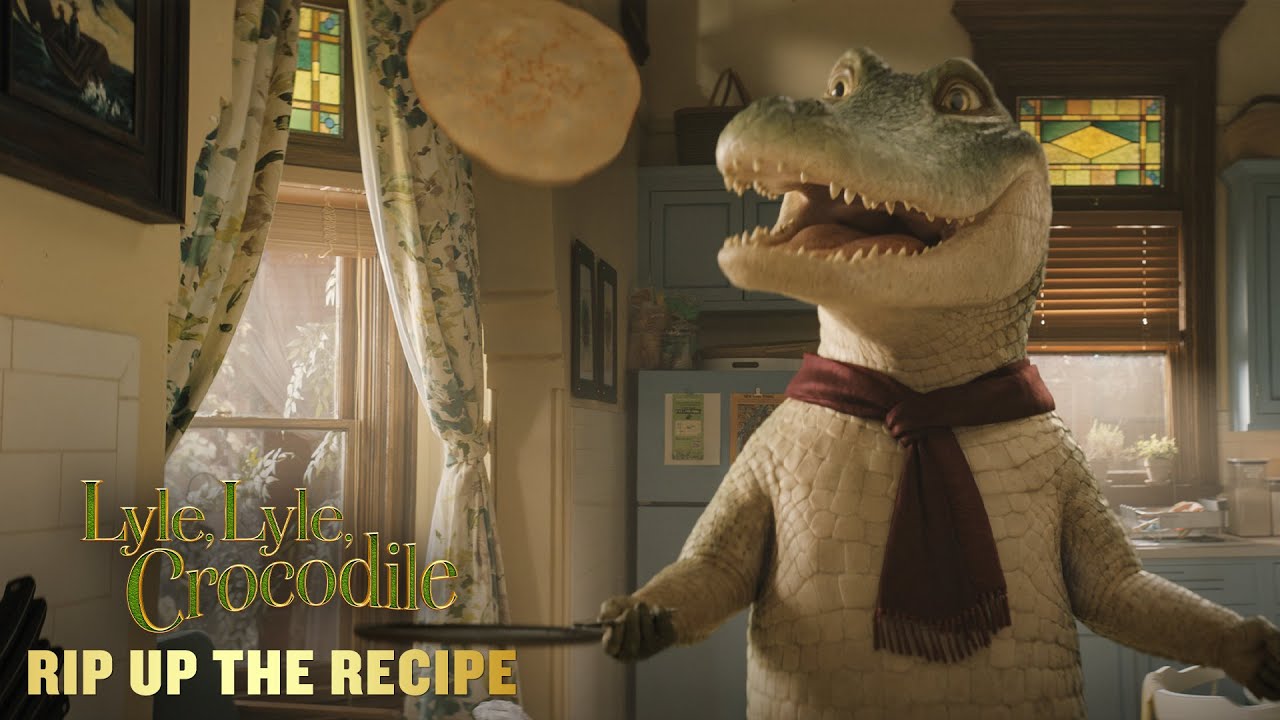 We’re rippin’ up the recipe with @Shawn Mendes as Lyle 🐊 and Constance Wu in this sneak peak of #LyleLyleCrocodile. Sing along to all your favorite songs when you see it exclusively in movie theaters October 7th!

Lyle, Lyle, Crocodile will feature original songs performed by Shawn Mendes, Javier Bardem, and Constance Wu, written by the songwriting team behind The Greatest Showman, Benj Pasek & Justin Paul. Joining Pasek and Paul in writing original songs for the film are Mendes, Ari Afsar, Emily Gardner Xu Hall, Mark Sonnenblick, and Joriah Kwamé. Directed and produced by Will Speck and Josh Gordon, the screenplay is by Will Davies. The film is produced by Hutch Parker and executive produced by Kevin K. Vafi, Dan Wilson, Robert J. Dohrmann, Benj Pasek, Justin Paul, Tarak Ben Ammar and Andy Mitchell. The Sony Pictures film will release in the US on October 7, 2022.