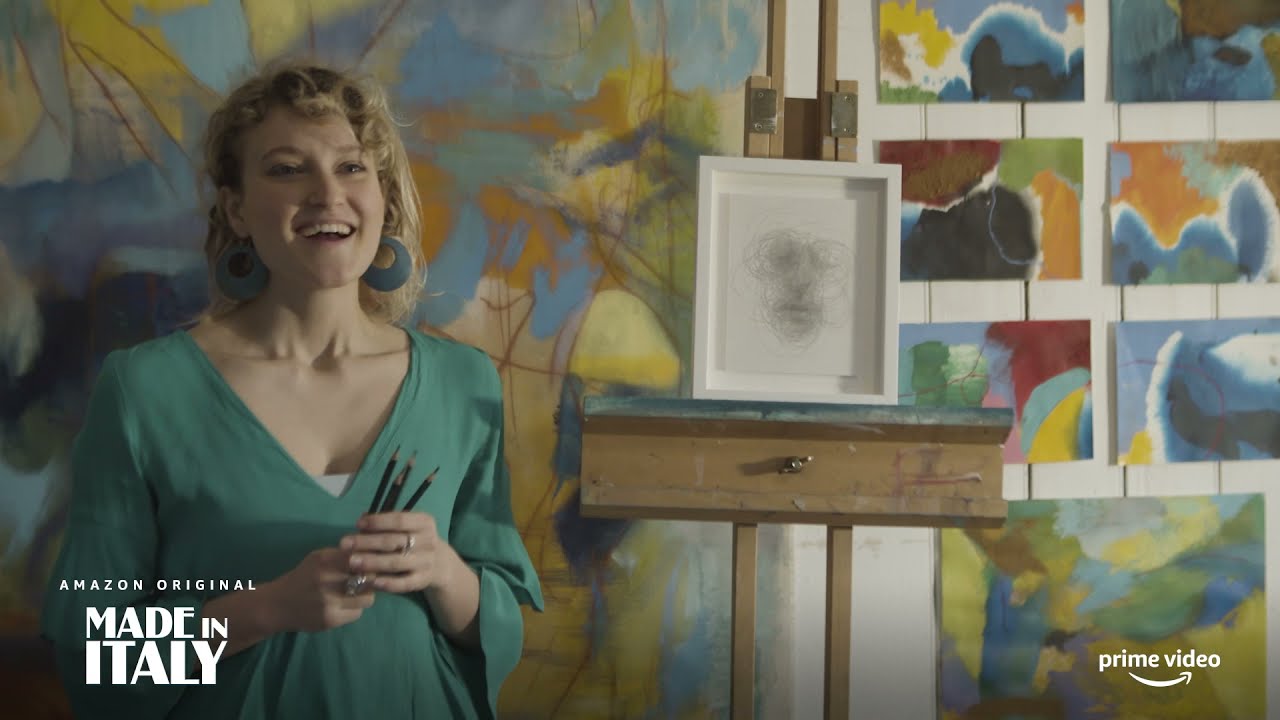 Join Made in Italy’s artist Annie-Rose Fiddian-Green as she talks about the artwork behind Liam Neeson’s character in the film and gives a tutorial on expressive drawing inspired by the abstract mural she painted for the film.

MADE IN ITALY is a heart-warming comedy, set in glorious Tuscany, about bohemian London artist Robert (Liam Neeson) who returns to Italy with his estranged son Jack (Micheál Richardson) to make a quick sale of the house they inherited from his late wife. Neither expects to find the once beautiful villa in such a state of disrepair… Renovations go badly, and father and son find themselves at odds –not for the first time. Robert’s comical lack of DIY experience leads him to seek help from some colourful locals, but for Jack, the state of the house seems to mirror his search for memories of happier times with his mother. Then Jack falls for Natalia, a vivacious young Italian chef, who restores both body and soul with delights from her local trattoria -until the pair find their developing relationship in jeopardy from Natalia’s jealous and threatening ex-husband. As Robert and Jack painstakingly restore the villa to its previous glory, father and son also start to mend their relationship. The future may now look quite different and surprise them both. The film stars Liam Neeson (Honest Thief, Schindler’s List, Love Actually), Micheál Richardson (Cold Pursuit, Big Dogs), Valeria Bilello (Curon, Sense8) and Lindsay Duncan (Gifted, About Time). MADE IN ITALY is the directorial and screenwriting debut for James D’Arcy (Cloud Atlas, Dunkirk), and is produced by Pippa Cross (100 Streets, Chalet Girl) and Sam Tipper-Hale (The Lost Girls, The Last Right).