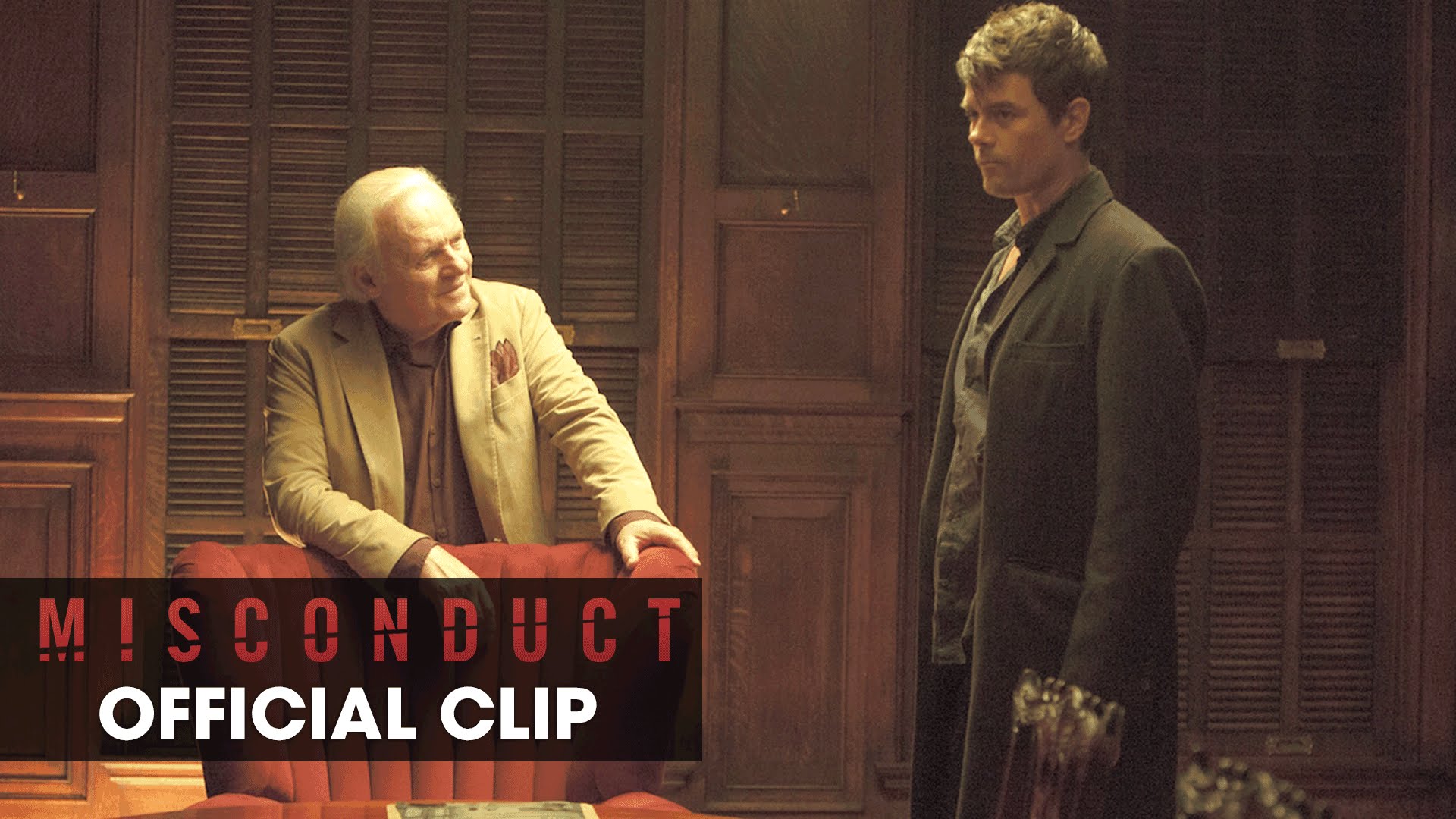 An ambitious lawyer (Josh Duhamel) finds himself caught in a power struggle between a corrupt pharmaceutical executive (Anthony Hopkins) and his firm’s senior partner (Al Pacino). When the case takes a deadly turn, he must race to uncover the truth before he loses everything. MISCONDUCT stars Josh Duhamel with Academy Award® winner Al Pacino and Academy Award® winner Anthony Hopkins, and will be released by Lionsgate Premiere now in theaters and on demand. #MISCONDUCTMOVIE