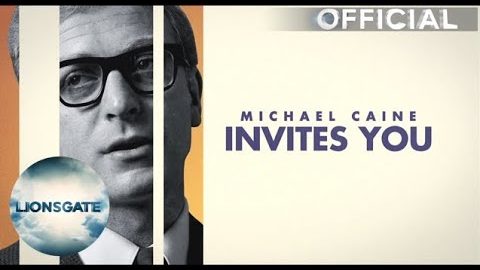 ▶ MY GENERATION will broadcast LIVE via satellite from the BFI Southbank to cinemas across the UK and Ireland followed by a Q&A with the iconic star. MY GENERATION, which received its world premiere at the Venice Film Festival and played to a sell-out audience at the 2017 BFI London Film Festival, will be on general release in cinemas from Friday 16th March.

▶ Interviews with: Michael Caine, David Bailey, David Hockney, Twiggy and many more
▶ Directed by David Batty
Synopsis: British film icon Michael Caine narrates and stars in ‘My Generation’, the vivid and inspiring story of his personal journey through 1960s London. Based on personal accounts and stunning archive footage this feature-length documentary film sees Caine travel back in time to talk to The Beatles, Twiggy, David Bailey, Mary Quant, The Rolling Stones, David Hockney and other star names.
▶ Follow us on Twitter: https://twitter.com/LionsgateUK
▶ Like us on Facebook: https://www.facebook.com/LionsgateUK
▶ Subscribe to our YouTube channel: https://www.youtube.com/channel/UCQ2QDEN5wRiSJQXMAXRmwHg